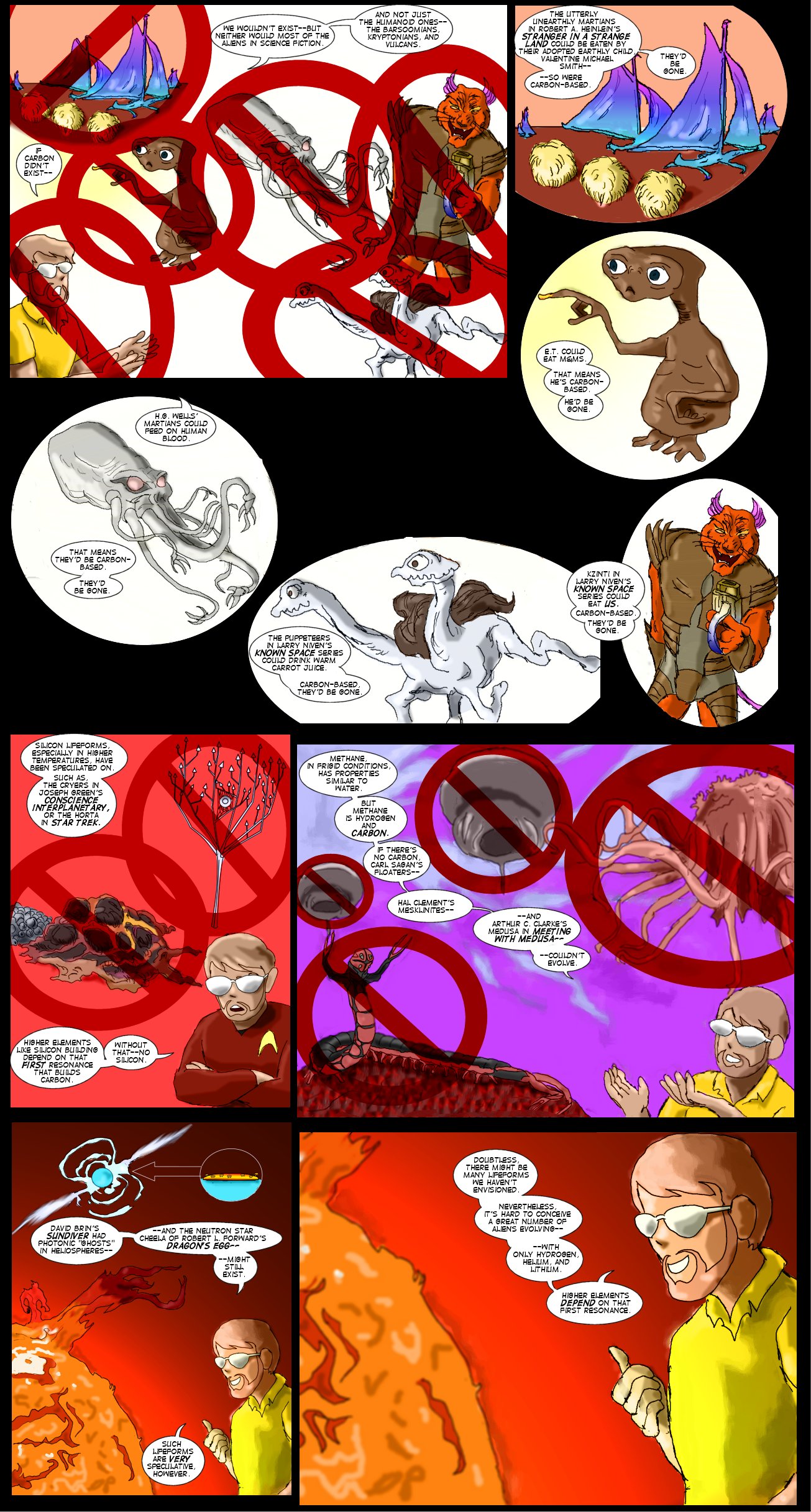 8th Dec 2013, 1:36 PM
Average Rating: 5 (1 vote)
Rate this comic
Author Notes:
alschroeder 8th Dec 2013, 1:36 PM
For an entertaining look at possible lifeforms, may I recommend Isaac Asimov's "Not as We Know It--the Chemistry of Life" although in recent years the possibility of silicon lifeforms has been challenged....see "Thoughts on Non-Carbon life". Notice Flourine is a higher element dependent on that first resonance happening. Lipids are carbon-and-oxygen chains.

If the SECOND Resonance that almost happened mentioned last week DID happen, it might allow SILICON life in more abundence, since Silicon is basically two oxygen atoms fusing. So there would be no carbon life, no methane-based life, but possibly Silicon life might exist.


Carbon's ability to bond with itself to make long carbon chains is not unique--a process called catenation--silicon, boron, sulfur and phosphorus can do it too, if perhaps less wide-rangingly--but all of those depend on the formation of higher elements, which means they are dependent on that first resonance that forms carbon. Such long chains are necessary for complex self-replicating molecules, like the DNA which is the basis of all life on Earth.


If molecules cannot self-replicate, there can be no evolution. Period.

Sure early conditions or the tuning of physics could have been different so that no intelligent being could exist in the universe, but that doesn't imply that because it isn't, the universe has been tuned for intelligent life.
edit delete reply
Post a Comment