THE POSSIBILITY OF REVELATION 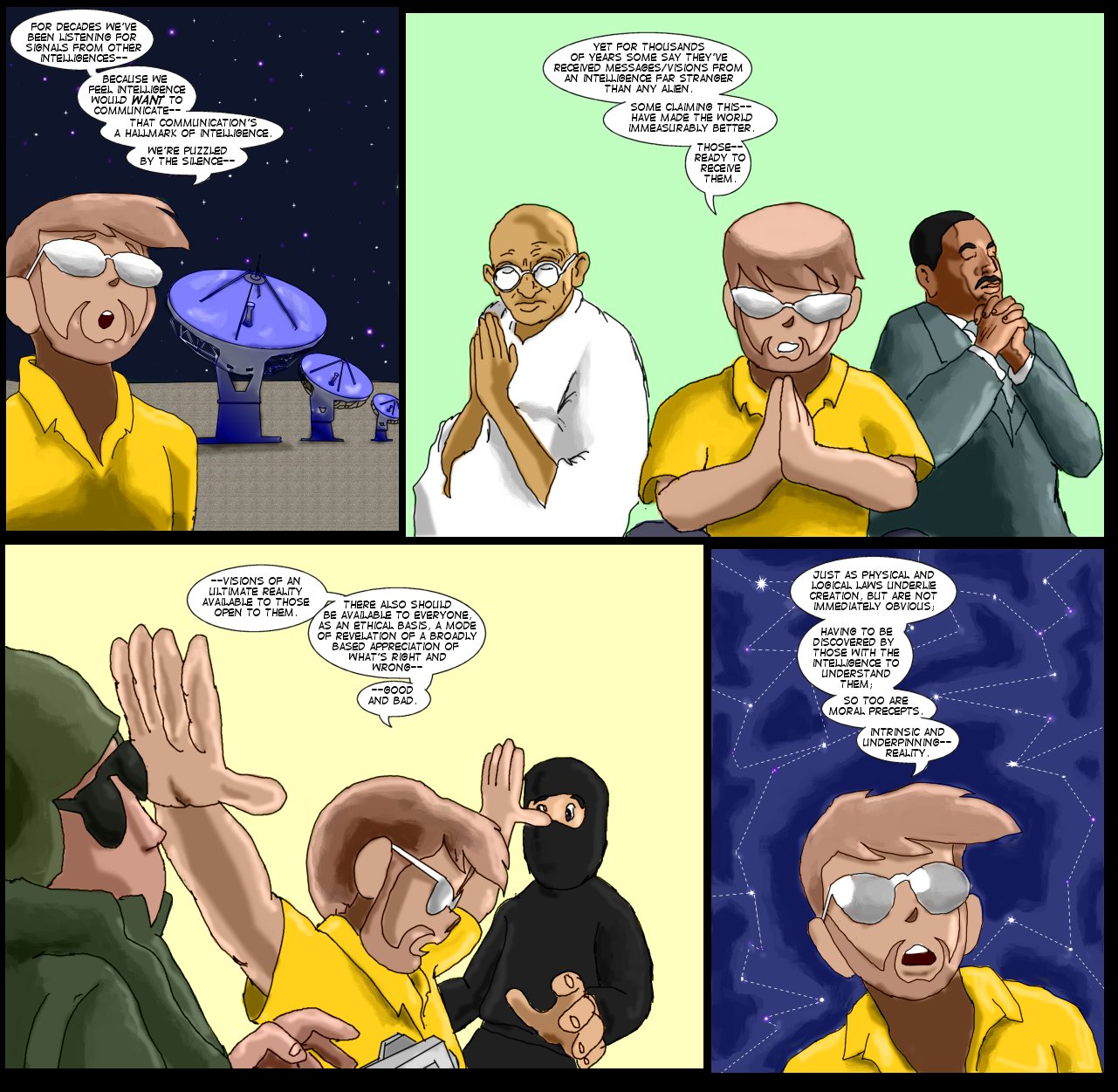 8th Mar 2015, 3:56 PM
Average Rating: 5 (1 vote)
Rate this comic
Author Notes:
alschroeder 8th Mar 2015, 3:56 PM
Continuing a look at the origin of reality...largely inspired and derived from George F.R. Ellis' brilliant brief book, BEFORE THE BEGINNING. He is NOT responsible, though, for the liberties I've taken with his logic or how I've chosen to illustrate it.


The philosopher Mortimer Adler used Occam's Razor and communication to make some conclusions about religion. If there IS a God, as an intelligent being He would want to communicate with us--and that though there might be a God, there is no reason to assume a multiplicity of gods--that Occam's Razor would prefer a single God over a pantheon of gods.
So if the initial premise that there is a God is accepted, logic would favor monotheistic religons who claim God communicates with us. (There are many religions that need no Gods to communicate with us, like strict Buddhism for example.) So he said logic would favor those religions derived from the ancient Hebraic religion--Judaism, Christianity, Islam, and Baha'i.

Others besides Gandhi and Martin Luther King who have been influenced by prayer and messages from their Creator for the good include William Wilberforce who after an extreme conversion to evangelical Christianity worked tirelessly for the abolition of the slave trade in the British Empire. Others include Bonhoffer and Vincent de Paul. Many cruelties and injustices have been done in the name of religion but the heights reached by those who have worked for good in their religion's name is unmatched.