THE HIDDEN NATURE OF THE CREATOR 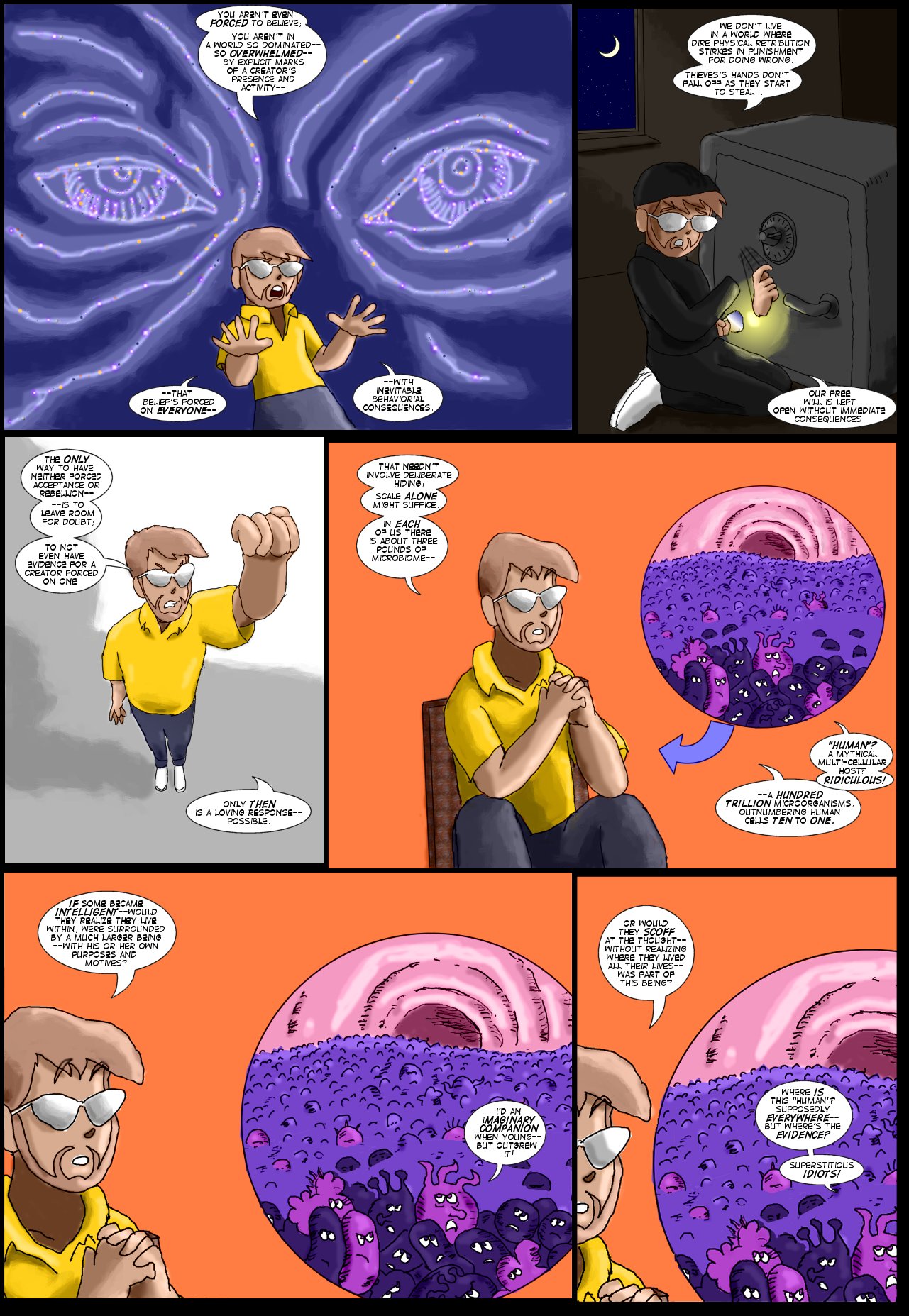 1st Mar 2015, 4:37 PM
Average Rating: 5 (1 vote)
Rate this comic
Author Notes:
alschroeder 1st Mar 2015, 4:37 PM
Continuing a look at the origin of reality...largely inspired and derived from George F.R. Ellis' brilliant brief book, BEFORE THE BEGINNING. He is NOT responsible, though, for the liberties I've taken with his logic or how I've chosen to illustrate it.

You can still have free will and yet be cowed by consequences and unmistakable survellience. God's hidden nature is needed to keep it from being coercion.

I've oddly, wondered how, say an intestinal fungi, if intelligent, would ever know "we" exist--even though we were literally everywhere around them?


Next time: THE POSSIBILITY OF REVELATION

man in black 1st Mar 2015, 7:09 PM
Great page
edit delete reply
Frith Ra (Guest) 2nd Mar 2015, 5:25 PM
It's sort of the fish/water conjecture. If something is all around you, all of the time, do you even see/notice it. We live in a situation where we have oxygenated air around us all the time, & we don't really think about it or notice it until it somehow gets disturbed or removed.
So it may be with a deity; something so always there that we never see, smell, hear, taste, understand of it, but its removal would be life threatening in ways that we cannot yet imagine.