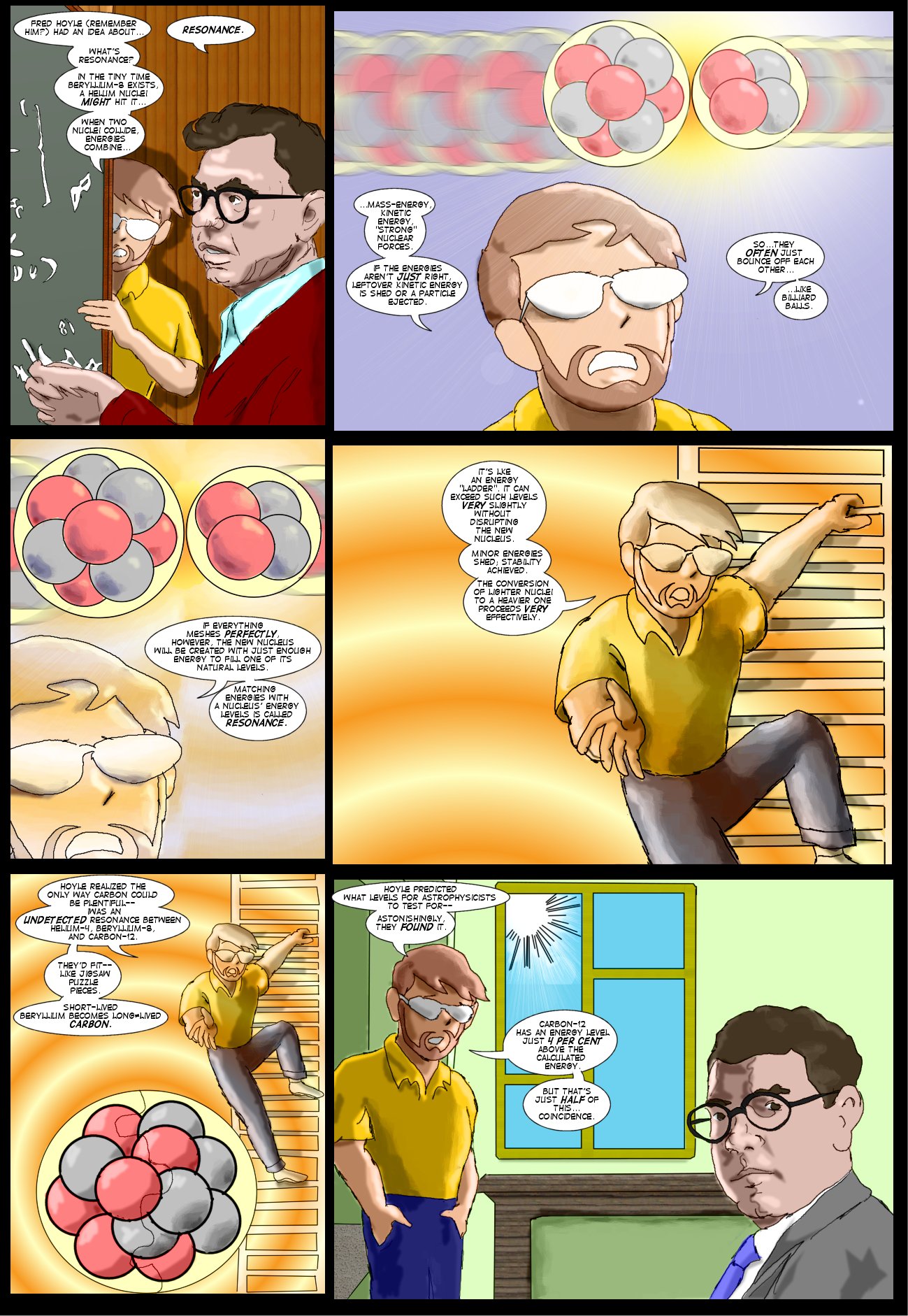 24th Nov 2013, 4:00 PM
Rate this comic
Author Notes:
alschroeder 24th Nov 2013, 4:00 PM
Hoo boy. Trying to explain something like resonance in atomic nuclei in comic form is NOT easy. But it greatly increases the chances of the occasional collision of between helium and the all-too-brief Beryllium-8 resulting in long-lived carbon, and from carbon, higher elements beyond that. We wouldn't see as much carbon as we see in the universe–like all earthly lifeforms, including ourselves–without this resonance.

Resonance depends on the structure of nuclei involved, including details not available when Hoyle made this prediction, including the light-quark baryons.

And yes, to those who might object, I am aware of Mario Livio's research, and the bearing on this. I'm also aware of another, more recent, study. Give me time. I'll get to that.

More next time about the OTHER half of Coincidence One.