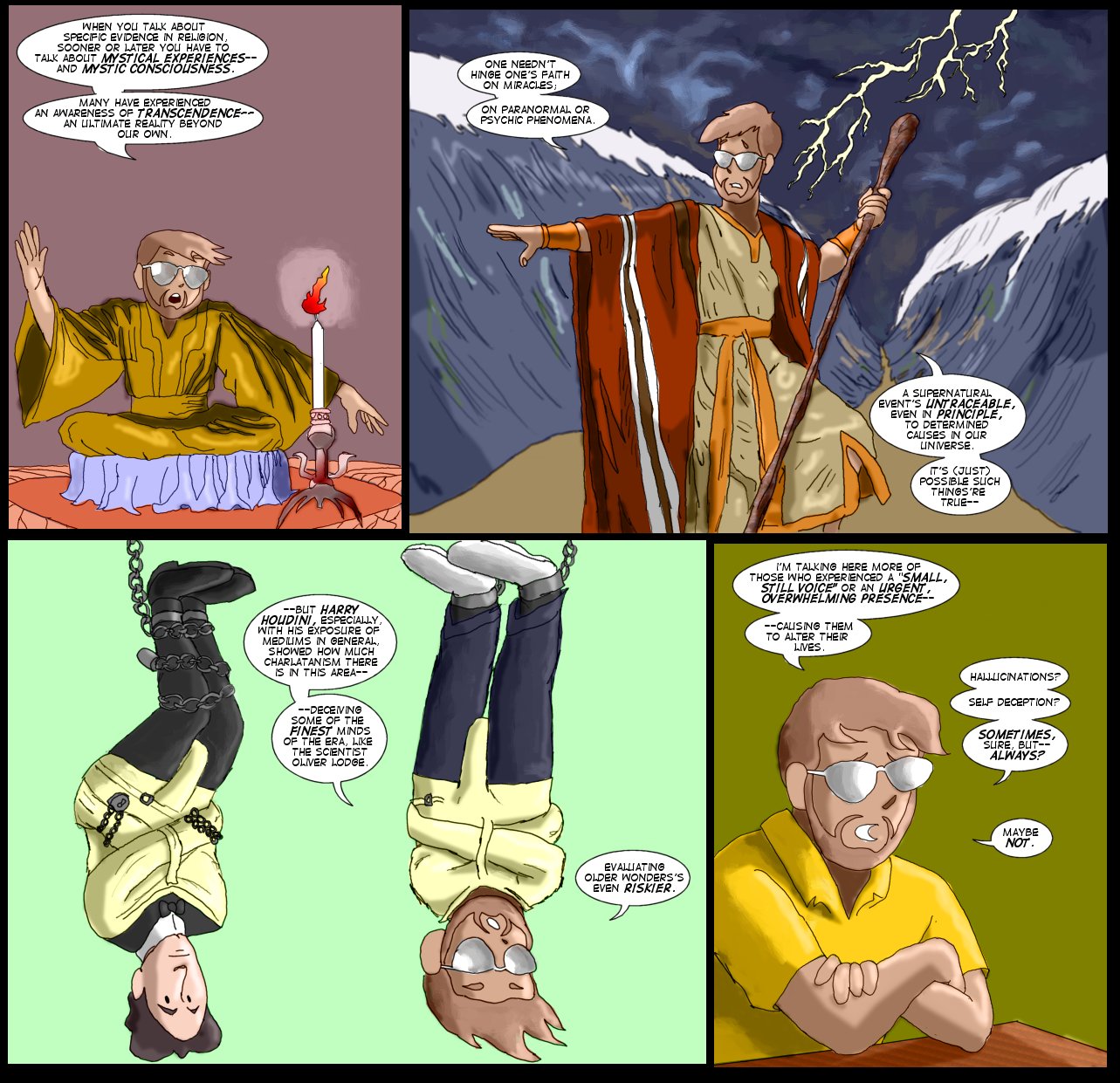 28th Dec 2014, 12:51 PM
Average Rating: 5 (1 vote)
Rate this comic
Author Notes:
alschroeder 28th Dec 2014, 12:51 PM
Continuing a look at the origin of reality...largely inspired and derived from George F.R. Ellis' brilliant brief book, BEFORE THE BEGINNING. He is NOT responsible, though, for the liberties I've taken with his logic or how I've chosen to illustrate it.

Well, it would be cowardly to totally ignore the mystical, which is the foundation of many religions--especially the small, still voice that many have reported.

For those who are religiously inclined, my point about the inability to trace a supernatural event is from C.S. Lewis' ON MIRACLES. I might echo something Lewis said, about not wanting to be in an era of miracles, even if they are possible. Martyrdoms and claims of miracles historically often coincide. This is not to say that miracles are impossible, given a being who ordered the laws of nature, just impossible to trace. (If you saw a statue of a dragon come alive for ten minutes, and then turn back, exactly how would you prove it?) Some miracles you might be able to give credence to by the change made in those who witnessed it, but you can't establish it beyond doubt.

Most miracles claimed throughout history really have little to do with morality. But the sense of the presence of something supernatural and overwhelming? THAT we can look into...


Next time: VOICES AND PRESENCES