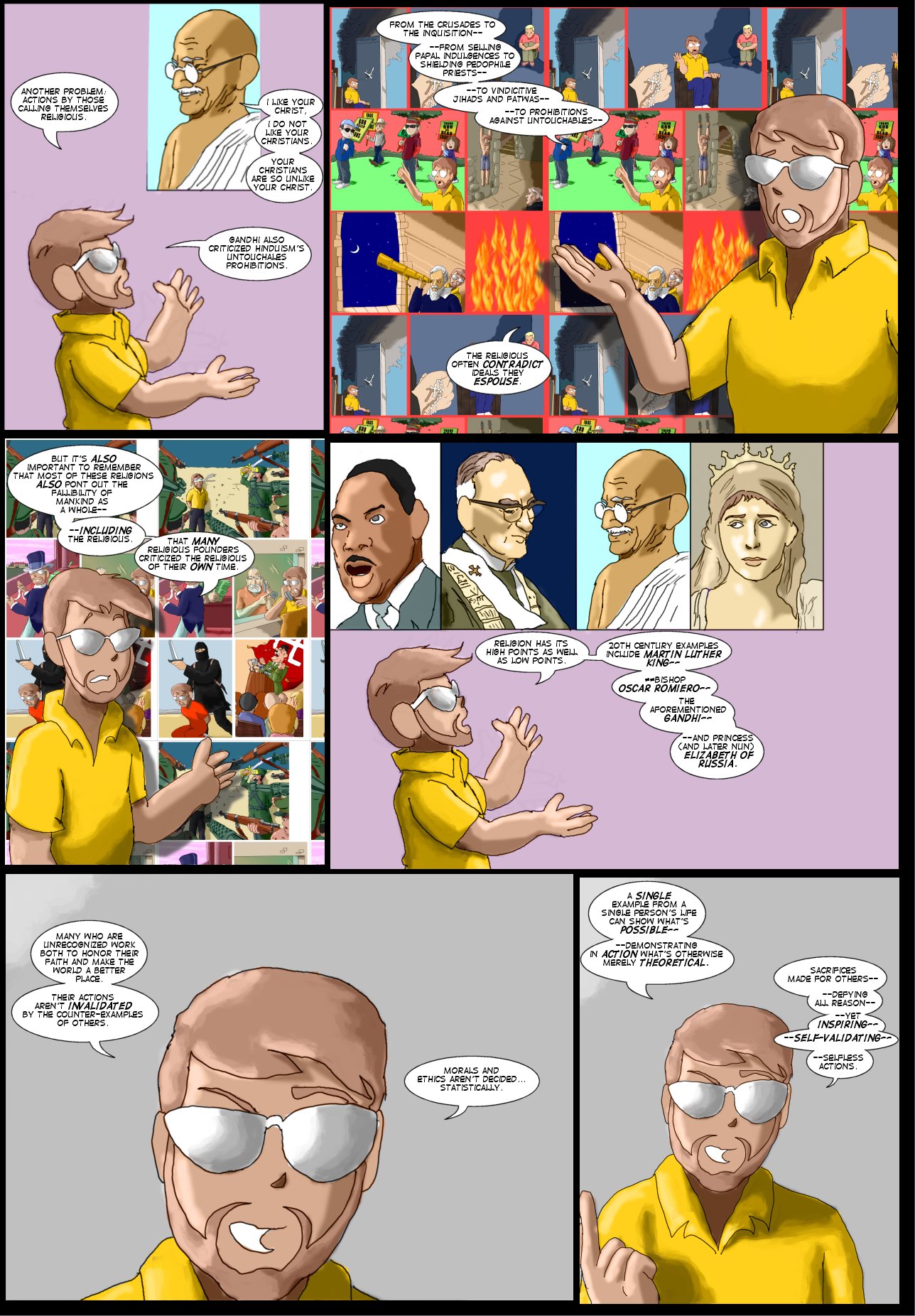 21st Dec 2014, 3:27 PM
Average Rating: 5 (1 vote)
Rate this comic
Author Notes:
alschroeder 21st Dec 2014, 3:27 PM
Continuing a look at the origin of reality...largely inspired and derived from George F.R. Ellis' brilliant brief book, BEFORE THE BEGINNING. He is NOT responsible, though, for the liberties I've taken with his logic or how I've chosen to illustrate it.

I mainly touched on some of the great examples of the 20th century, since many people feel older examples might be distorted by centuries and inexact historical methods. I could have also touched on Albert Schweitzer or Viktor Frankl or Deitritch Bonheiffer. Most of you know King and Gandhi (the source and authenticity of his quote above is disputed). Some of you might not be as aware of Romiero or Princess Elizabeth---who publically forgave her husband's assassin, became a nun dedicated to helping the downtrodden of Moscow, and was executed by the Bolsheviks.

One could also point to religion's role in perserving literacy and ancient works through the worst of the Dark Ages, its role in creating the first public hospitals, etc. Its many missteps do not invalidate its highest moments--which are indeed among the highest ever achieved by humankind--

It's not a Bell Curve, with the saintly and the psychopathic on the outliers. The examples of the highest--can be an example for the rest, and shift the whole distribution.

Materialism is unable to explain the origin and effectiveness of such examples.