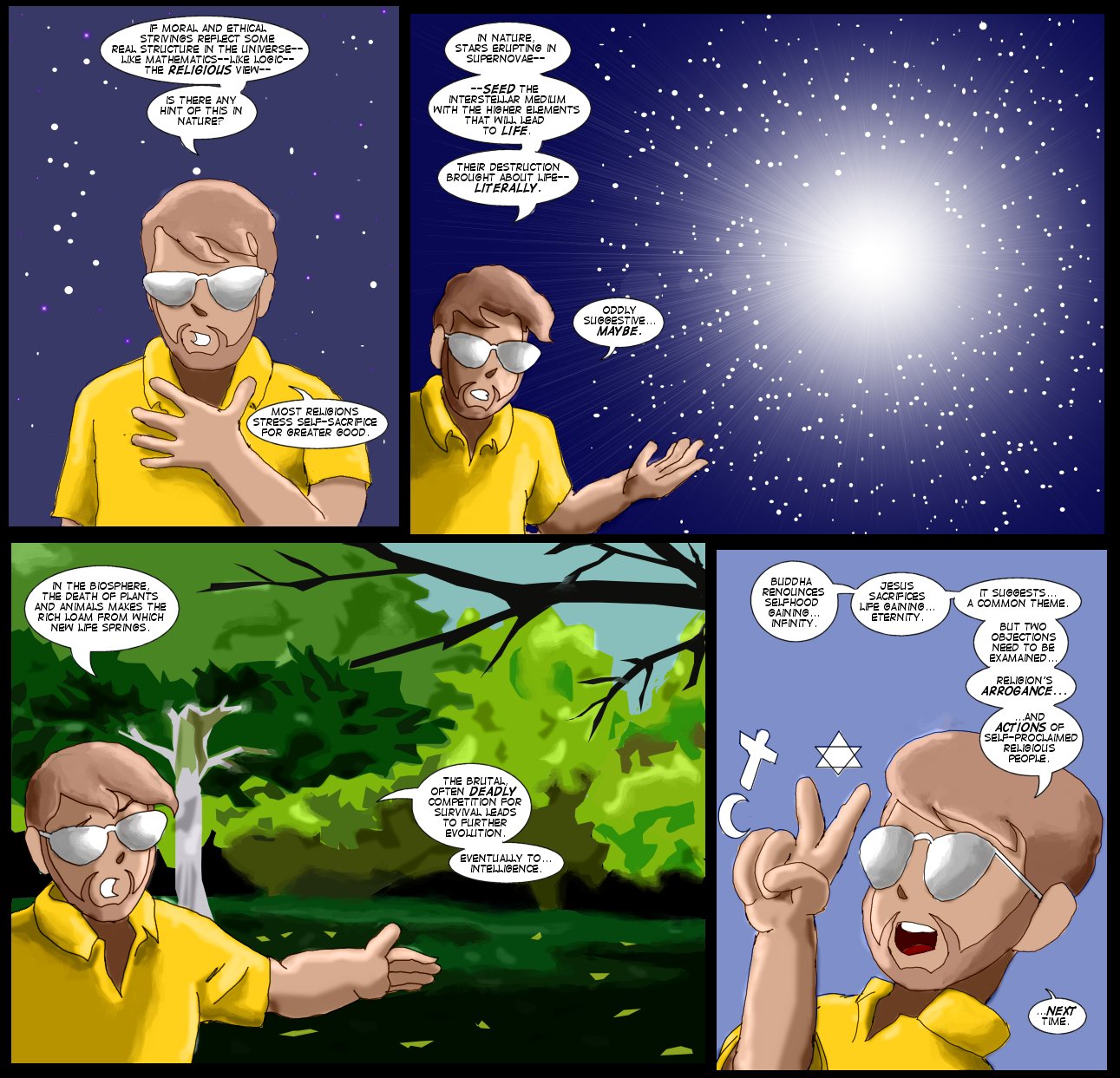 7th Dec 2014, 3:43 PM
Average Rating: 5 (1 vote)
Rate this comic
Author Notes:
alschroeder 7th Dec 2014, 3:43 PM
Continuing a look at the origin of reality...largely inspired and derived from George F.R. Ellis' brilliant brief book, BEFORE THE BEGINNING. He is NOT responsible, though, for the liberties I've taken with his logic or how I've chosen to illustrate it.

Kenosis--a Greek term, used in theology, the doctrine that Christ relinquished His divine attributes so as to experience human suffering. It literally means an emptying, a draining out in Greek. Looked at in broader terms, it is a common theme in many religions and mythologies.

Prometheus suffered eternal torment to give his creation, mankind, a better shot at survival.

Odin gave an eye so to gain greater wisdom, then hung self-sacrificed on a tree to gain the power of Runes.

And of course, it is a core Christian belief that not only did Jesus renounce divine attributes to be human, but suffered a shameful death to gain freedom from death--not just for Himself but for anyone who wants to share in it.

Next time, we'll examine religious arrogance, and if it disqualifies religion as a possible explanation.

Next time: ARROGANCE AND FAITH

User comments:
Bahá,'í kid (Guest) 7th Dec 2014, 8:37 PM
And then there was the martyrdom of the Báb. It fulfilled a few Islamic prophecies.
edit delete reply

man in black 8th Dec 2014, 2:56 AM
Great page
edit delete reply
jamoecw (Guest) 8th Dec 2014, 4:30 AM
evolution is only self sacrificing for the betterment of others if there isn't a guiding force that alters/improves creatures on a preordained path. assuming that the guiding force isn't using such brutality to achieve the advancements it has planned.
edit delete reply
Post a Comment