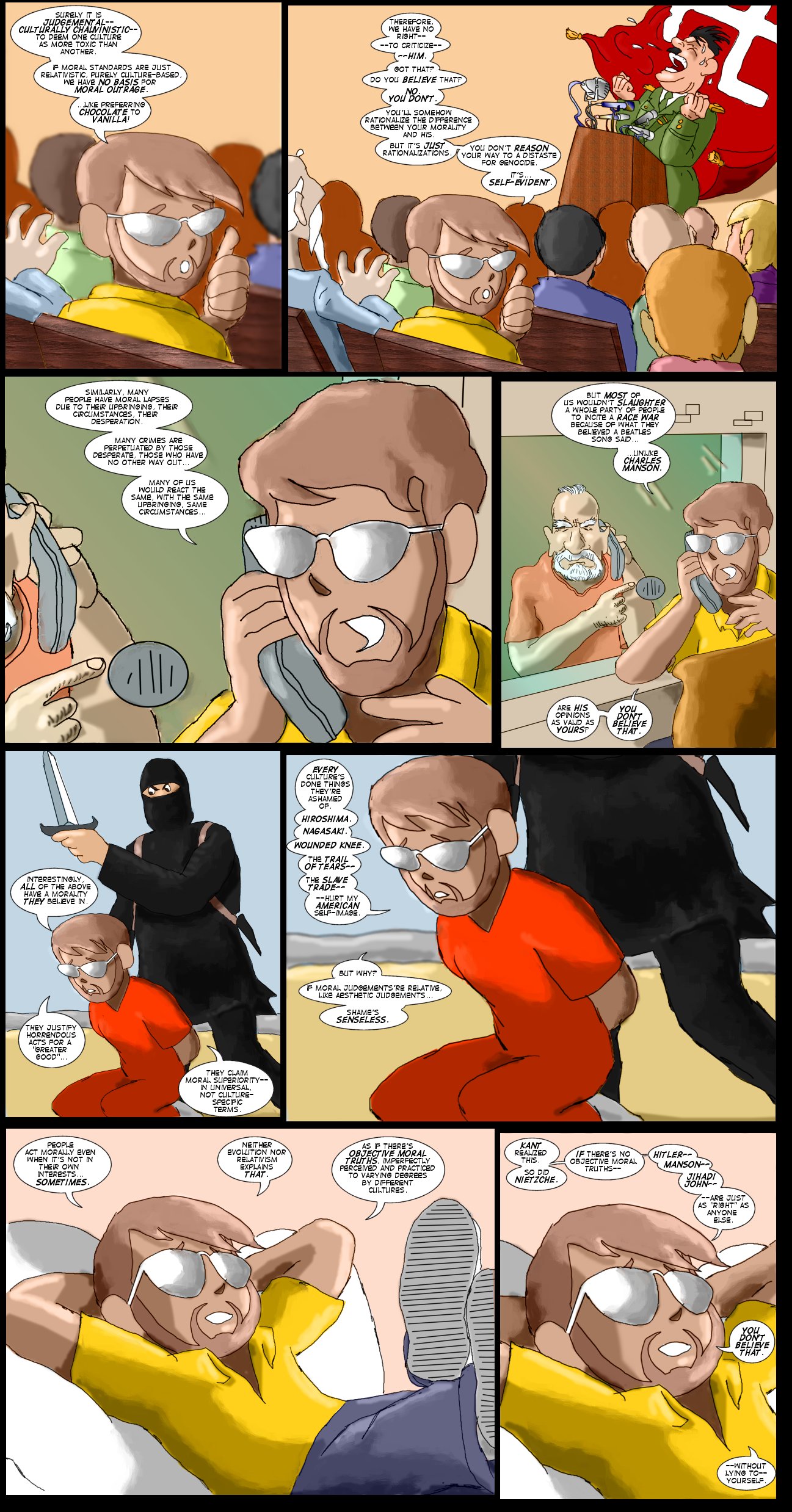 30th Nov 2014, 4:42 PM
Average Rating: 5 (1 vote)
Rate this comic
Author Notes:
alschroeder 30th Nov 2014, 4:42 PM
Continuing a look at the origin of reality...largely inspired and derived from George F.R. Ellis' brilliant brief book, BEFORE THE BEGINNING. He is NOT responsible, though, for the liberties I've taken with his logic or how I've chosen to illustrate it.

Again, this is not a theist/nontheist thing. Many nontheists reject belief in a traditional God because they are morally outraged by the actions ascribed to God in believers' sacred writings. Their very moral outrage implies standards that transcend relativism.

Here's a good overview of the "Moral Arguments for the Existence of God" with a lot of emphasis on Kant's thinking on this. You also might check out the Wikipedia argument for same.

Quick test: do you believe the extermination of six million Jews by the Nazis was objectively wrong?

Another test: were you morally outraged by anything in the news in say, ohhh, the past week?

All of us--no matter what we say--believe in, and act like, there are objective moral truths. We may disagree on how they're applied or be horrified how we've fallen short, but we act instinctively like they're there.

It doesn't seem to be even a wholly human trait. There is startling cruelty in the animal kingdom--a cat playing with a mouse, for instance--but plenty of examples of cross-species kindness.

We live in an amoral universe, giving no special favor to the moral--the rain falls on the just and the unjust--but our own convictions often say that morality is worth dedicating our lives to, even dying for.