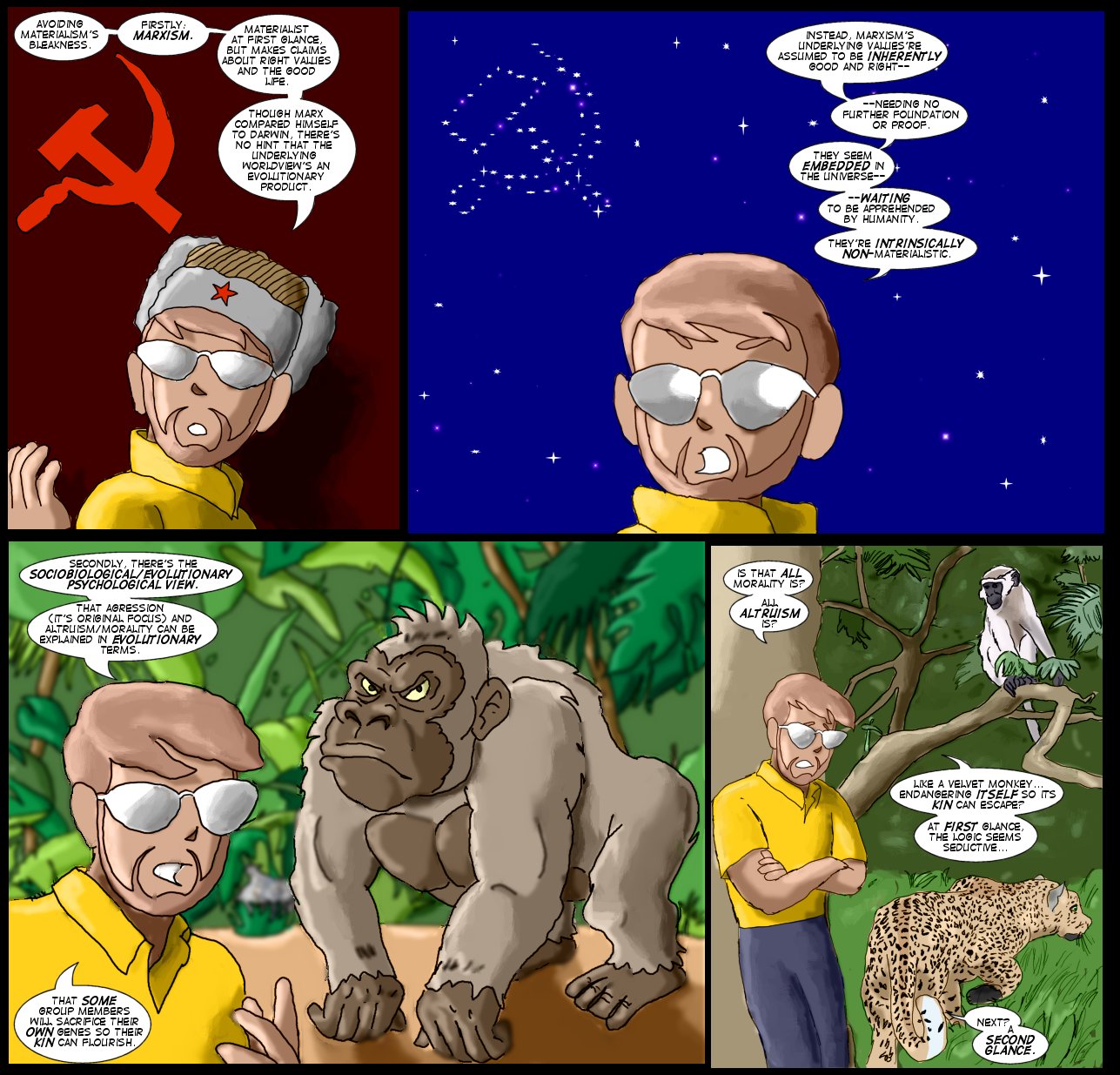 2nd Nov 2014, 4:09 PM
Average Rating: 5 (1 vote)
Rate this comic
Author Notes:
alschroeder 2nd Nov 2014, 4:09 PM
Continuing a look at the origin of reality...largely inspired and derived from George F.R. Ellis' brilliant brief book, BEFORE THE BEGINNING. He is NOT responsible, though, for the liberties I've taken with his logic or how I've chosen to illustrate it.

I didn't devote much time to Marxism and its implications, except to note that its value system seems to be decidedly NON-materialistic. Its claims to what is "best" seems self-evident and just built in to the universe. History, both in general and recent, seems to refute many of its claims anyway.

Sociobioloby and its successor, evolutionary psychology, is more recent in developement and much more in vogue among intellectual circles, and deserves a fuller treatment. I'm a strong believer in evolution, and certainly there are many truths in evolutionary psychology. Still, many laypeople are turning evolutionary psychology into something much broader than originally intended, and I'll be going into many misconceptions of same. (Most real evolutionary psychologists are aware of the limitations of their field of study, and several recent statements by such are careful to differentiate between biological altruism and true altruism.) Evolution is prone to many misapplications of its theory and used to justify things that would horrify Darwin himself--from Social Darwinism to SOME (not all, by any means) excesses of sociobiology.