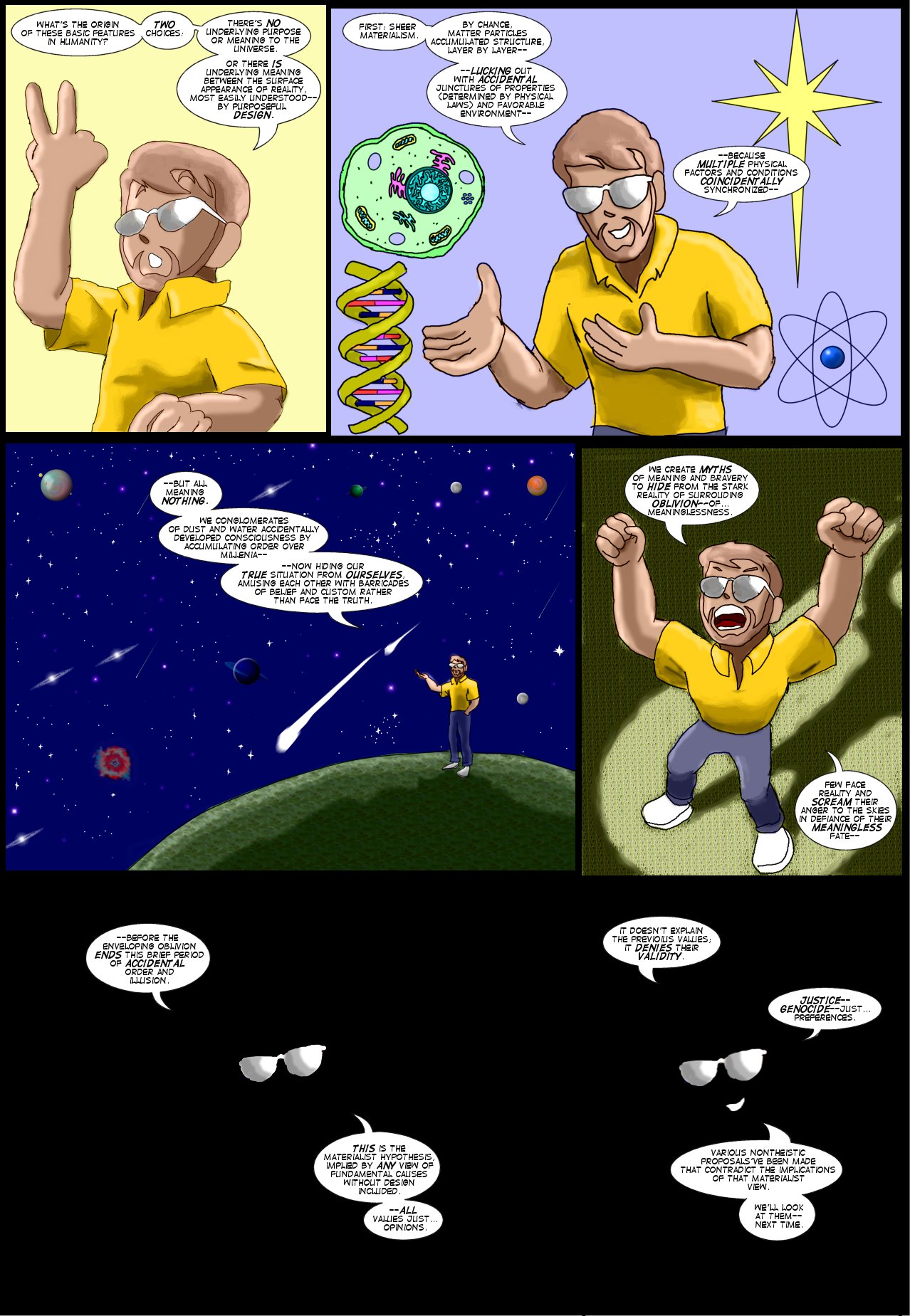 Continuing a look at the origin of reality...largely inspired and derived from George F.R. Ellis' brilliant brief book, BEFORE THE BEGINNING. He is NOT responsible, though, for the liberties I've taken with his logic or how I've chosen to illustrate it.

Bertrand Russell, one of the most perceptive of athiest philosophers, said, in "A Free Man's Worship".

"That man is the product of causes which had no prevision of the end they were achieving; that his origin, his growth, his hopes and fears, his loves and his beliefs are but the outcomes of accidental collocations of atoms; that no fire, no heroism, no intensity of thought and feeling, can preserve an individual life beyond the grave; that all the labors of the ages, all the devotion, all the inspiration, all the noonday brightness of human genius, are destined to extinction in the vast death of the solar system, and that the whole temple of man’s achievement must inevitably be buried beneath the debris of a universe in ruins—all these things, if not quite beyond dispute, are yet so nearly certain that no philosophy which rejects them can hope to stand. Only within the scaffolding of these truths, only in the firm foundation of unyielding despair, can the soul’s habitation henceforth be safely built."

Stephen Weinberg, in THE FIRST THREE MINUTES, wrote this:

"It is almost irresistible for humans to believe that we have some special relation to the universe, that human life is not just a more-or-less farcical outcome of a chain of accidents reaching back to the first three minutes, but that we were somehow built in from the beginning…. It is hard to realize that this all [i.e., life on Earth] is just a tiny part of an overwhelmingly hostile universe. It is even harder to realize that this present universe has evolved from an unspeakably unfamiliar early condition, and faces a future extinction of endless cold or intolerable heat. The more the universe seems comprehensible, the more it also seems pointless."

It has its own nobility. A stoic and tragic striving against the inevitable, a determination to carve out our own meaning, in defiance of inevitably being crushed...

But is it right?

I don't think it is. I think our own impulses--the universal features in human life enumerated last time--points to something else. If we're shaped by a merciless and pitiless universe--why do we rebel at the thought?

If the only meaning in the universe is the one we carve on its uncaring face--whose meaning? Gandhi's or Hitler's? Martin Luther King's or Jeffrey Dahlmer's? Is it determined by majority opinion?

More in the next few weeks.