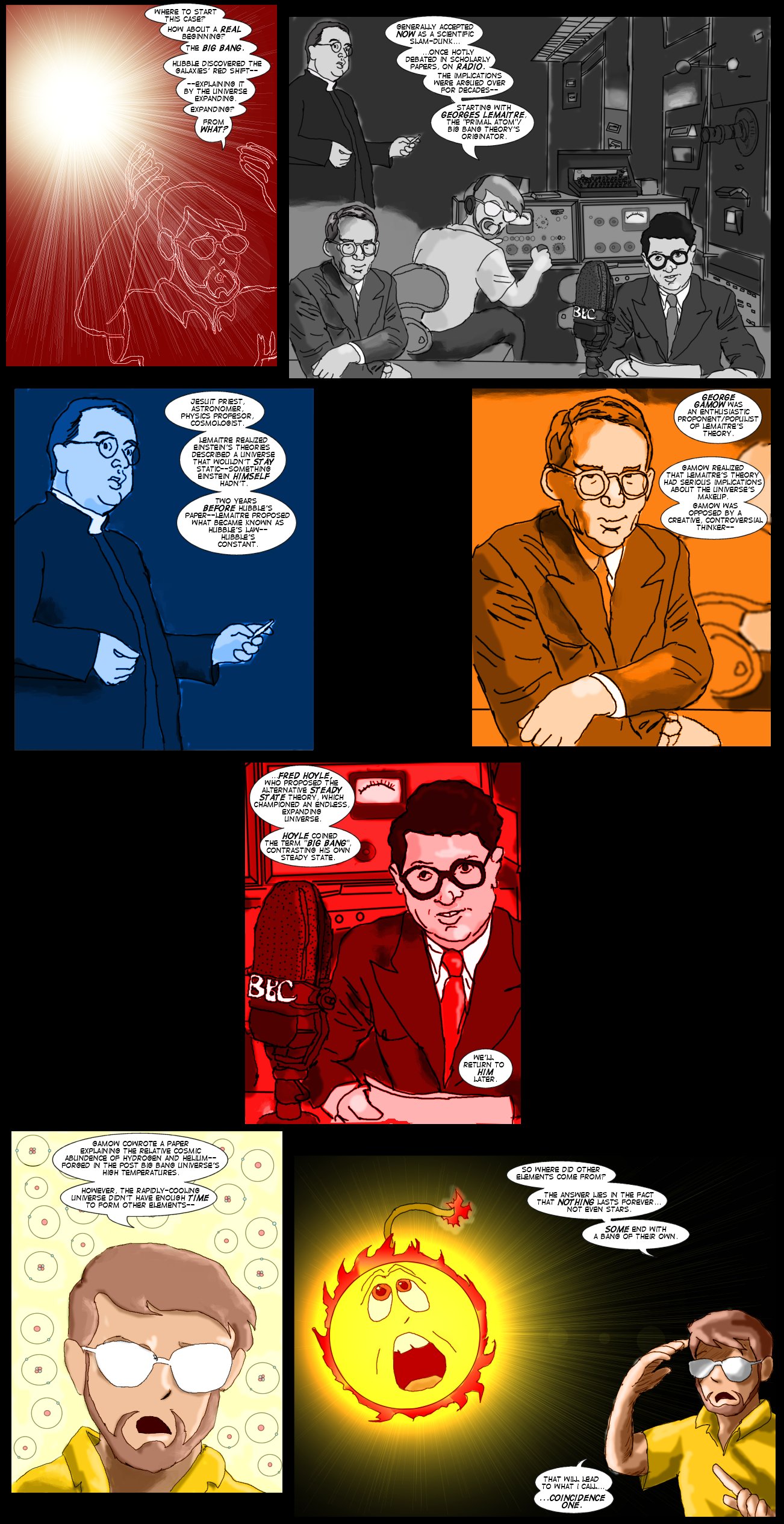 3rd Nov 2013, 4:19 PM
Rate this comic
Author Notes:
alschroeder 3rd Nov 2013, 4:19 PM
This first coincidence I'm going to dwell on in some detail, because it has a lot of implications for us--and is one of the best suited to demonstrate the case I'm making.
edit delete

User comments:
Christopher (Guest) 13th Jan 2014, 2:51 PM
That the early universe was really devoid of heavy materials is no longer so certain.
We found this quasar wich is eating much more iron then should have been avalible (when it emitted the light we see).
http://www2011.mpe.mpg.de/Highlights/pr20020708.html

We found a rocky planet around a Sun wich also belongs to the early generation (can't find the link).

Both of those could just be cosmic random occurences of course. It's a pretty big Universe after all.
And a exoplanet from later in the Universe being caught is as likely as that Quasar just having a oddly iron-heavy diet.

And of course it would not negate the argument you are making on the following pages.
edit delete reply
alschroeder 2nd Feb 2014, 3:10 PM
Absolutely right. I saw that too. We'll have to see how prevalent that is. If we find a lot of heavy-element rich early stars and planets, we'll have to tear down our theories and start again...

Which is about par for the course for science.

More likely, though, the quasar in question is a special case.

Oh, here are links to what you were looking for, I believe:

A Planetary System from the Early Universe.