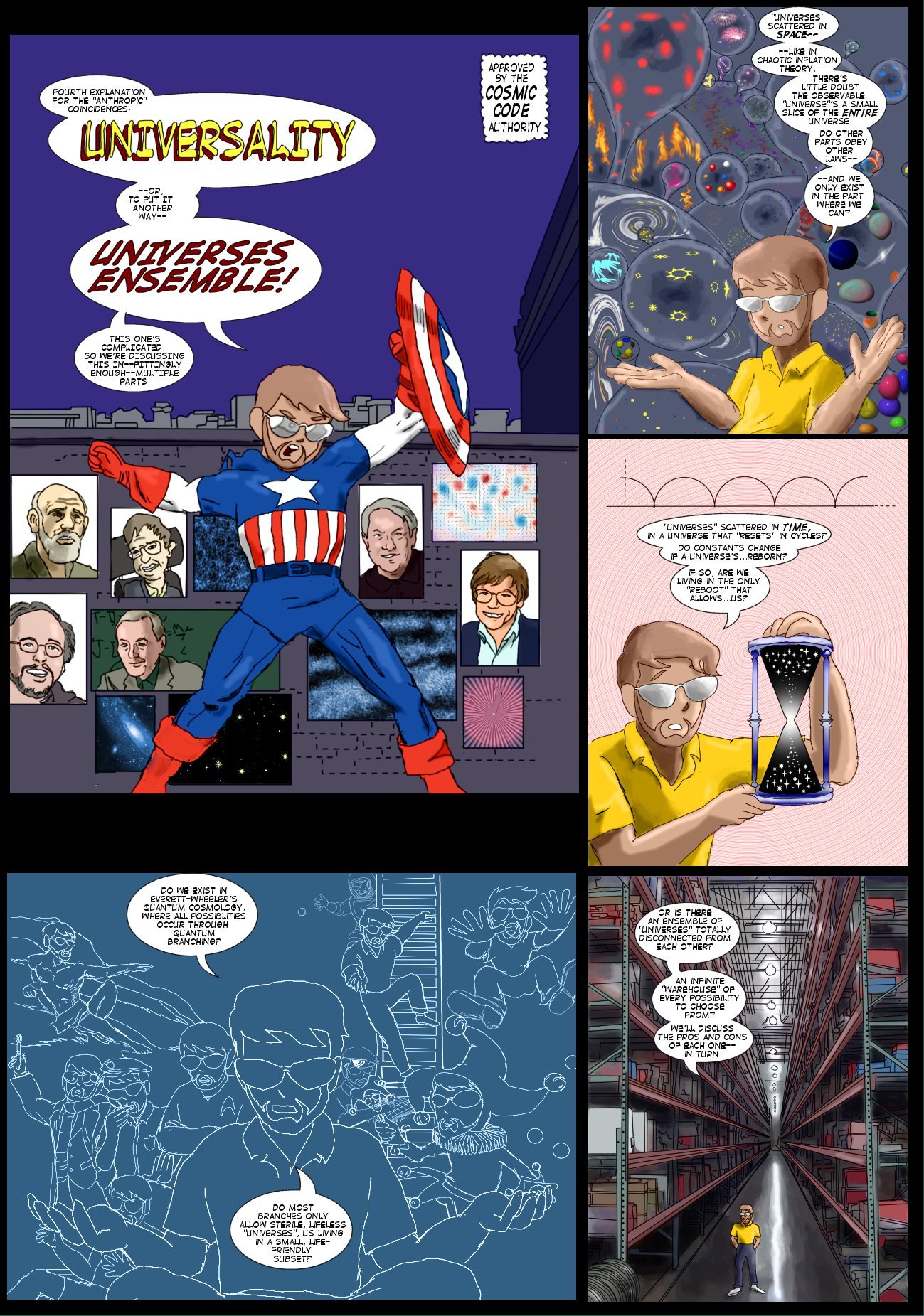 29th Jun 2014, 12:46 PM
Average Rating: 5 (2 votes)
Rate this comic
Author Notes:
alschroeder 29th Jun 2014, 12:46 PM
Continuing down the list of six possible explanations for the "anthropic" coincidences in nature which allow intelligent life to evolve...largely inspired and derived from George F.R. Ellis' brilliant brief book, BEFORE THE BEGINNING. He is NOT responsible, though, for the liberties I've taken with his logic or how I've chosen to illustrate it.

This "multiverse" idea is probably the most scientifically accepted explanation for the anthropic coincidences, but is by no means unanimous among scientists. I'll go through the pros and cons of each variety, in the next few weeks.

Max Tegmark also discusses four different levels of multiverse theories, but I'm only touching on the ones that would effect the coincidences that would allow us to exist.


Yes, that first large panel is a homage to Jack Kirby's cover for Avengers #16.

NEXT: Beyond the Fields We Know...

man in black 29th Jun 2014, 10:42 PM
Great page
edit delete reply
jamoecw 4th Aug 2014, 12:29 PM
yep, the modern steady state theory. though if that name was used academics would laugh at you like a nut (and yet it is one of the more popular ideas).
edit delete reply
Post a Comment