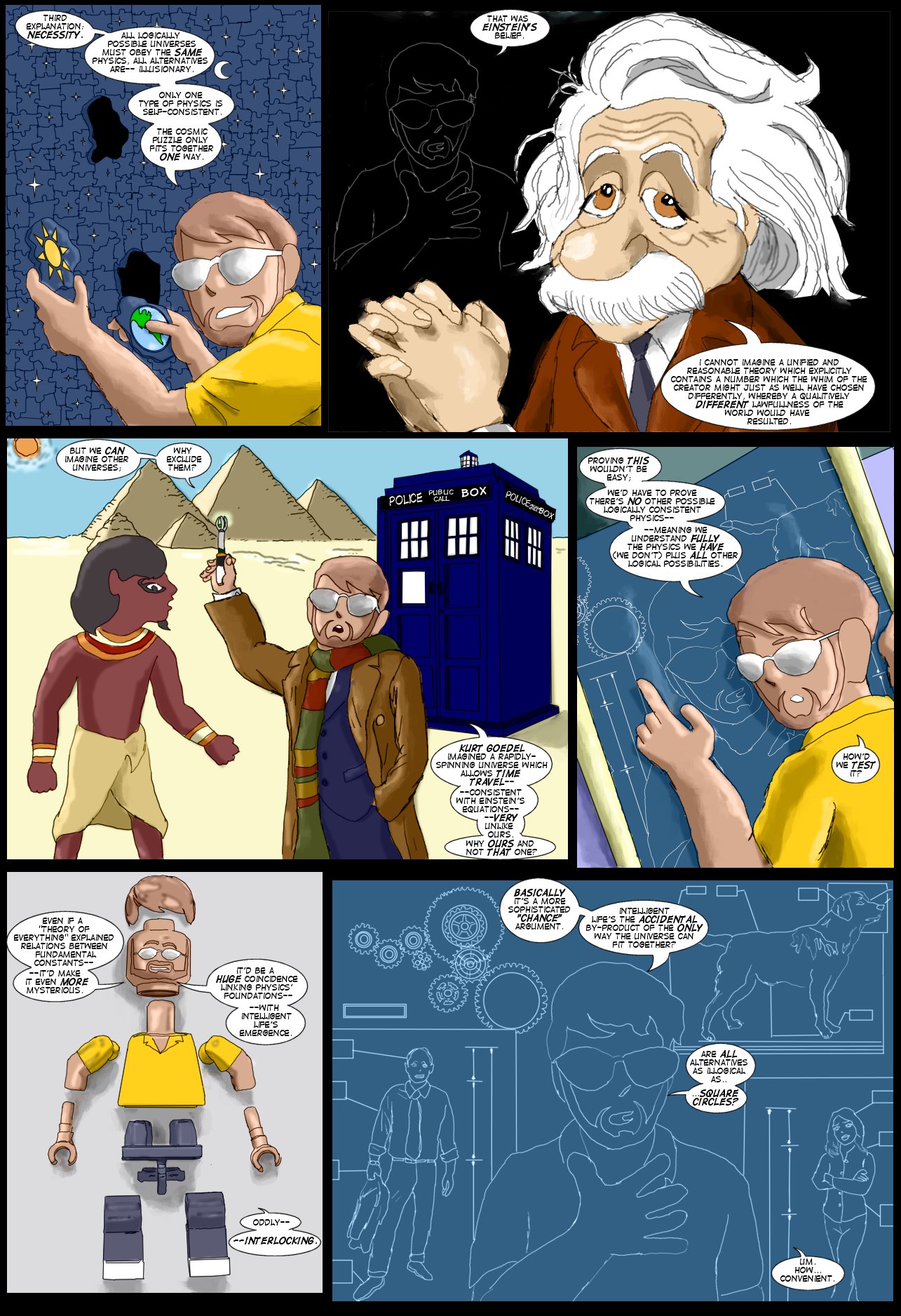 Einstein's quote was taken from Ilse Rosenthal-Schneider's REALITY AND SCIENTIFIC TRUTH,; DISCUSSIONS WITH EINSTEIN, VON LAUE AND PLANCK, 1980. She maintained an extensive correspondence with Einstein where they discussed such things. It echoes his question about "whether God had any choice in creating the world". (He spoke of God in a more abstract, Spinoza-like sense. I am NOT claiming him as a strong theist.) He was confident that there were NO truly random constants in Nature, that they "do not exist and their apparent existence is caused by the fact that we have not penetrated deeply enough."

I have an incredible amount of respect for Einstein and how he viewed the cosmos. But here...I have some reservations.

Mathematician Kurt Goedel's "universe" is discussed here, and we'll return to him in a later entry. Goedel's universe is one of many that have been proposed, and is just one example of an alternative universe. (We've already discussed the "weakless" universe.) The same question--why they're excluded--applies to all of them. This is just one example. (If time travel exists in our universe, it'd be harder to do than in Goedel's.)

We don't understand certain foundations of our physical laws totally, like quantum mechanics (Copenhagen interpretation? Many-Worlds? Transactional?) or even mathematics' foundations. In fact, due to something Kurt Goedel discovered, it's questionable whether ANY mathemetical model can be...complete. (Again, more on that later.)

And yes, I had fun drawing myself as a Lego model.

If the only possible model of a universe has the odd coincidences we've observed "built in" to it, doesn't that make it still as much a coincidence as mere chance alone? An incredibly lucky coincidence--for us?

NEXT: Universes Ensemble! (First of a series, appropriately enough.)