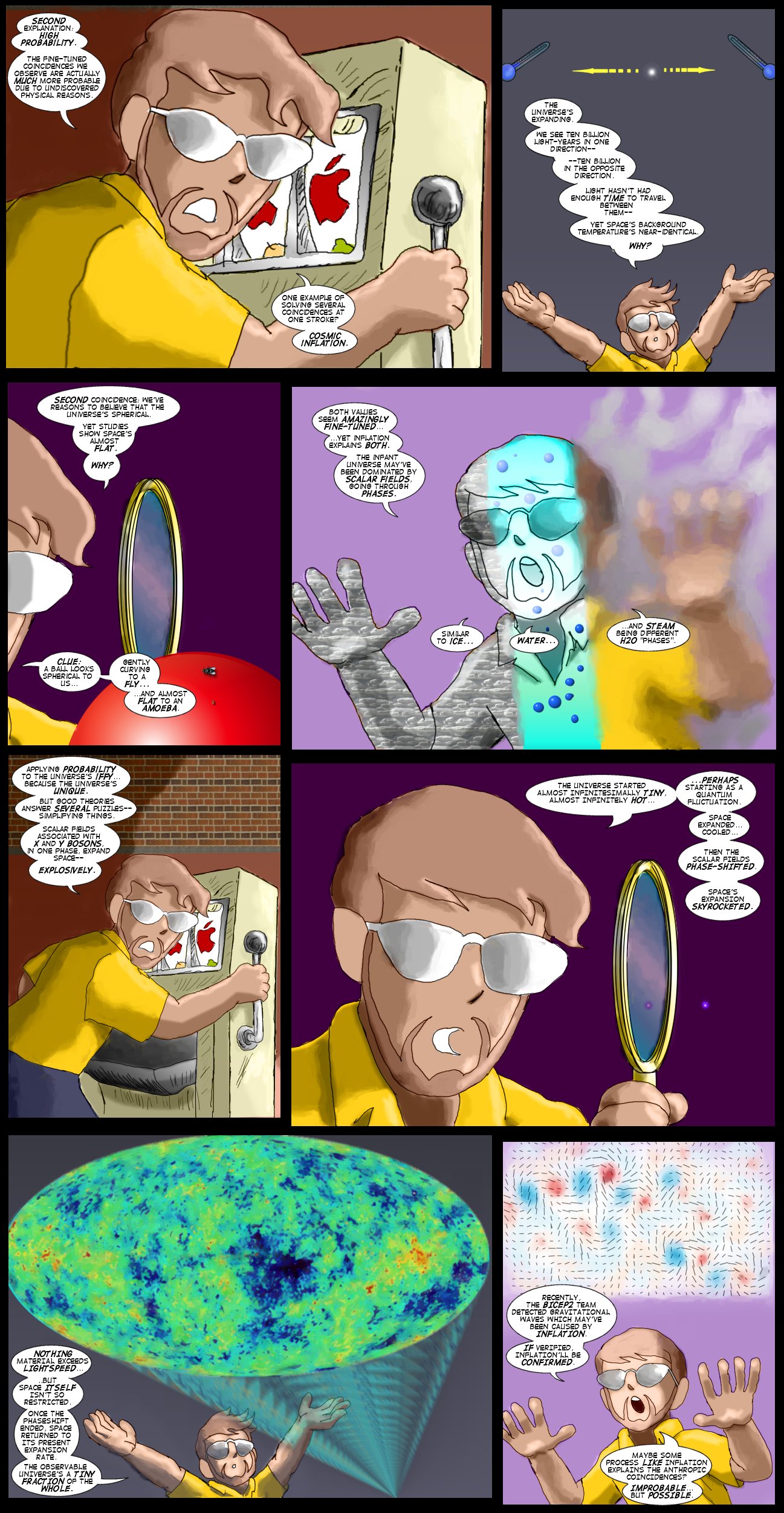 15th Jun 2014, 3:12 PM
Average Rating: 5 (1 vote)
Rate this comic
Author Notes:
alschroeder 15th Jun 2014, 3:12 PM
We'll return to inflation later when we discuss various multiverse theories, because a variation of Alan Guth's original inflation idea is crucial to one group of those. Here I'm only examining it as applying to our universe as observed.

The rapid expansion of space explains the matching of temperatures in the plus-twenty billion light years of the observable universe--which, since the universe is "only" thirteen billion years old, seems contradictory, since even light couldn't make a causal connection that quickly.

It also explains the "flatness". The true universe (of which the observable universe is but a sliver), is much bigger than we observe. The same way early man believed the earth was flat because he was too small to notice the curvature of earth, we observe a universe almost flat--but not quite.

Quantum fluctuations in the expanding universe, once it was inflated, grew into irregularities that were the seeds from which galaxies grew and gathered.

Inflation is still dependent on some anthropic coincidences. The cosmological constant, for instance, has to be a fantastically small amount to allow inflation to create those irregularities to the degree where they could influence galaxies' formation.

Note that even now, inflation's just a theory. Despite COBE's map of the universe (which was in agreement with inflation) and BICEP2's recent dramatic findings, inflation depends on properties of no-spin X and Y bosons under temperatures much higher than we can BEGIN to reproduce. There are other objections, but to my mind, none of them fatal.

Do I personally believe such an explanation can explain most of the "anthropic" coincidences? No, I'm not holding my breath--but I would be delighted if someone came up with a theory that would prove me wrong.