OBJECTION ONE: The Size of the Universe 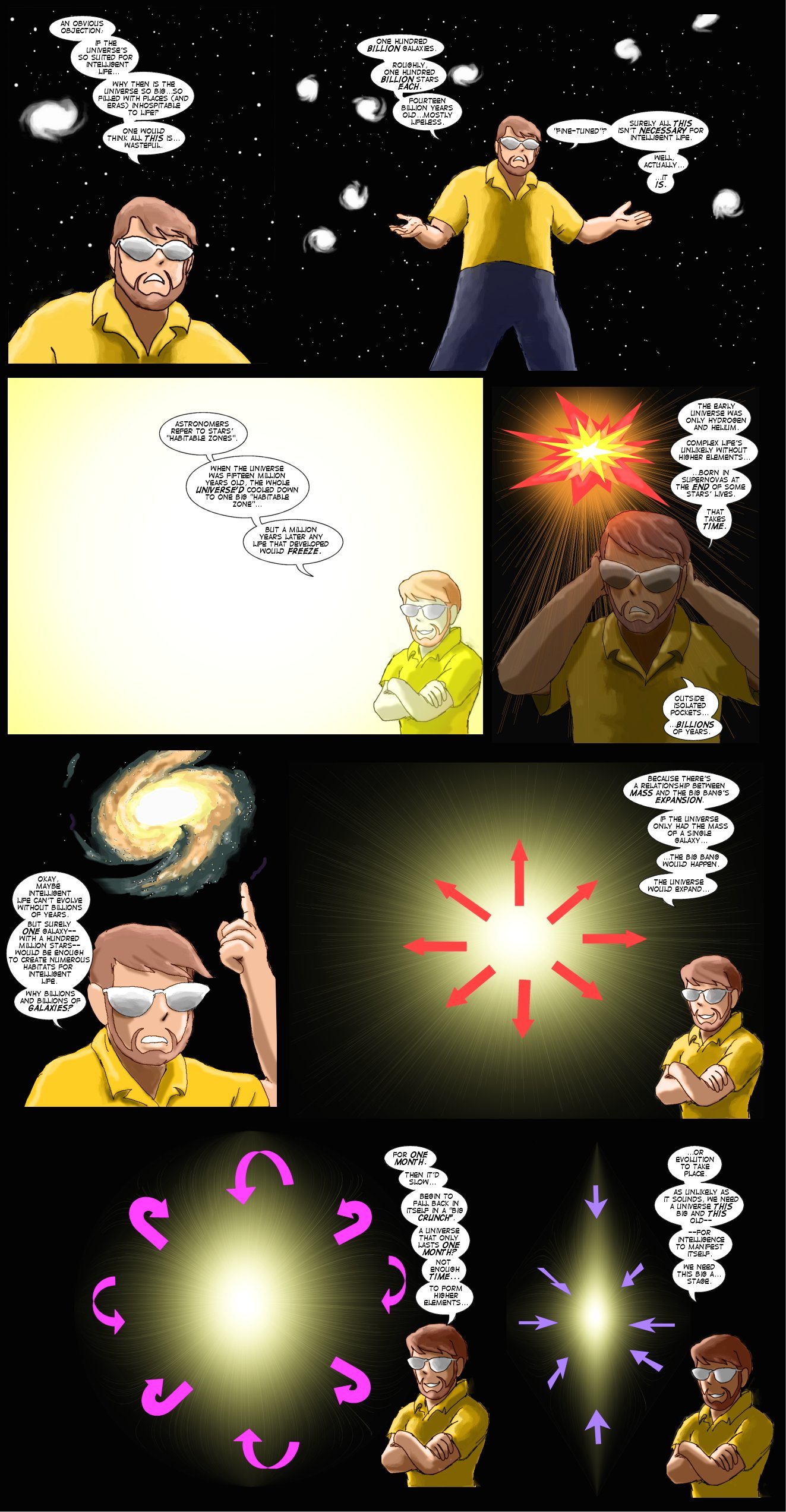 Of course, if there are billions of galaxies, that increases the chance of intelligent life arising. I am specifically NOT implying there is anything special or favored about Earth, in this discussion.

Abraham Loeb of Harvard has recently suggested that the brief million-year period when the whole universe is a "habitable zone" might be an objection to the anthropic principle. But only a few isolated freakish pockets, nearest to the first supernovas MIGHT have enough of the heavier elements to create planets and/or complex life. And such life would freeze to death as the universe grew colder and colder, and we believe the first generation of stars were giant and very brief. Doesn't sound very promising. Jack O'Malley-James at the University of St. Andrews, UK, voiced several objections. (You can read more about it here.)

Considering most experts consider that the earliest stars probably formed around the time the universe was 100 million years old(see "The First Stars of the Universe" )....which if true, would mean NO higher elements at this time...well, it depends on your opinion on whether hydrogen and helium by themselves could make a working biochemistry. I personally rate it as pretty low.

However, mental note: ultra-old alien races (Guardians of the Universe, the Watchers, that sort of crowd) probably grew up in metal-poor worlds, and would probably poison themselves eating earthly foods, with trace elements of iron and other metals unlikely to be on their home planet.

I bet there's a good science-fiction story in that, somewhere...

Next week, yet ANOTHER coincidence.