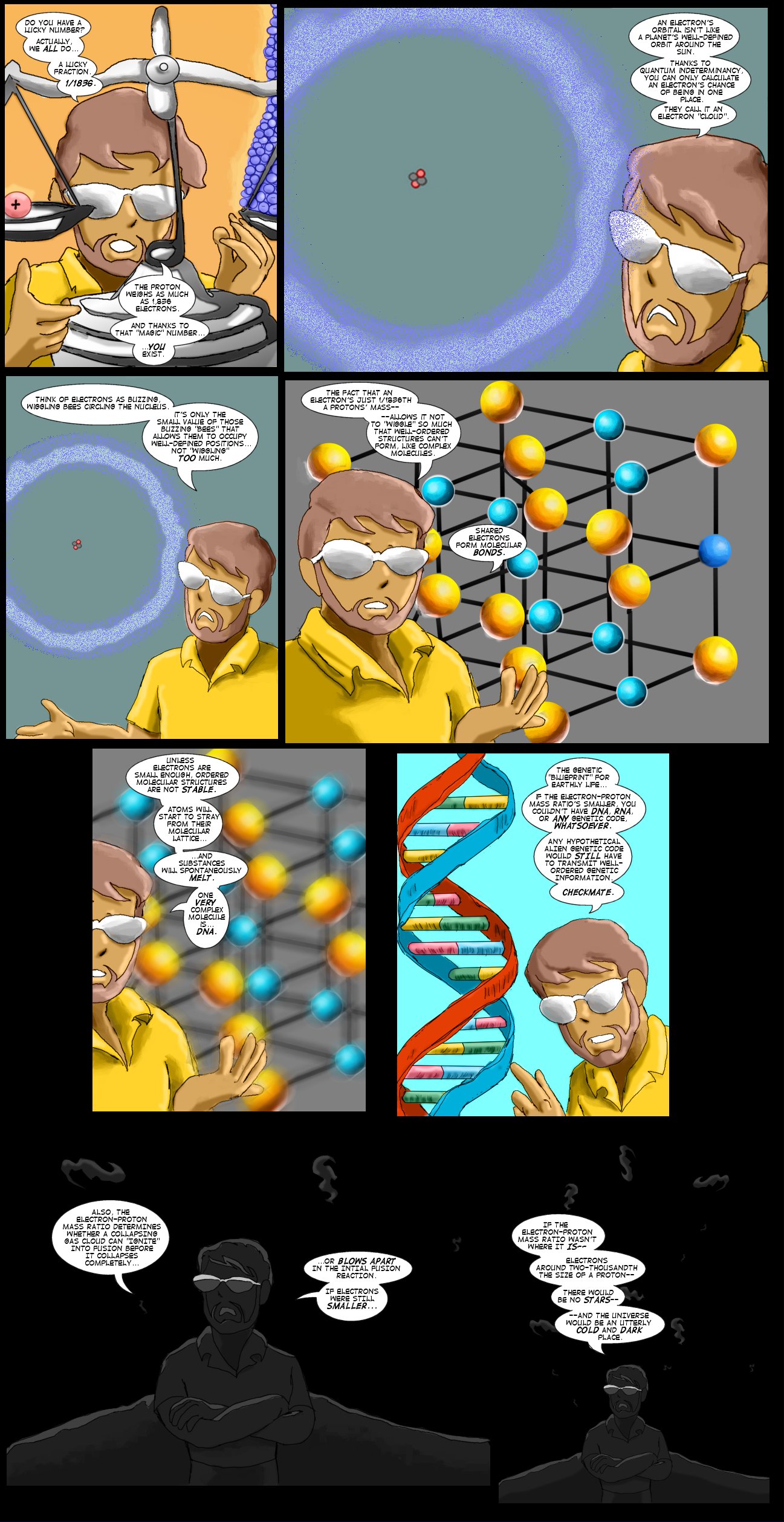 9th Mar 2014, 2:44 PM
Rate this comic
Author Notes:
alschroeder 9th Mar 2014, 2:44 PM
Remember, as far as we know, there is no "reason" why an electron--exactly matched against a proton's electrical charge--should be so much smaller. It just IS. There's a particle called the muon, that has the exact same negative electrical charge an electron does, but it's 200 times more massive. Proton-muon "atoms" would be unable to create any resonable chemical complexity--it'd be like trying to sew cloth with a vibrating chainsaw rather than a needle.

BTW, the vibrating/wiggling mentioned is quantum uncertainty of an electron's position, and cannot be eliminated.

T. Regge remarks that "Our universe would be determined by the fact that only the choice (mass of proton/mass of electron) =1837 guarentees that there are long chain molecules of the right kinds and size as to make biological phenomena possible."

References for this include THE COSMOLOGICAL ANTHROPIC PRINCIPLE by Barrow and Tipler, THE CONSTANTS OF NATURE by Barrow, or this excellent paper on-line, "The Fine-Tuning of the Universe for Intelligent Life" ---please note, among other things, the diagram on page 21 of the paper,which echoes Barrow's similar diagram in THE CONSTANTS OF NATURE, showing at a glance how the Proton-electron mass ratio taken in one direction would result in "no ordered structures" and in the other would result in "no stars". (We'll get to the fine structure constant, the second variable in that graph, another time.)

So that's how protons and electrons are different.

Next week, we'll look at how they're the same.

Next week: COINCIDENCE SEVEN--You'll Get a Charge Out of This.