SETUP FOR COINCIDENCE SIX AND SEVEN 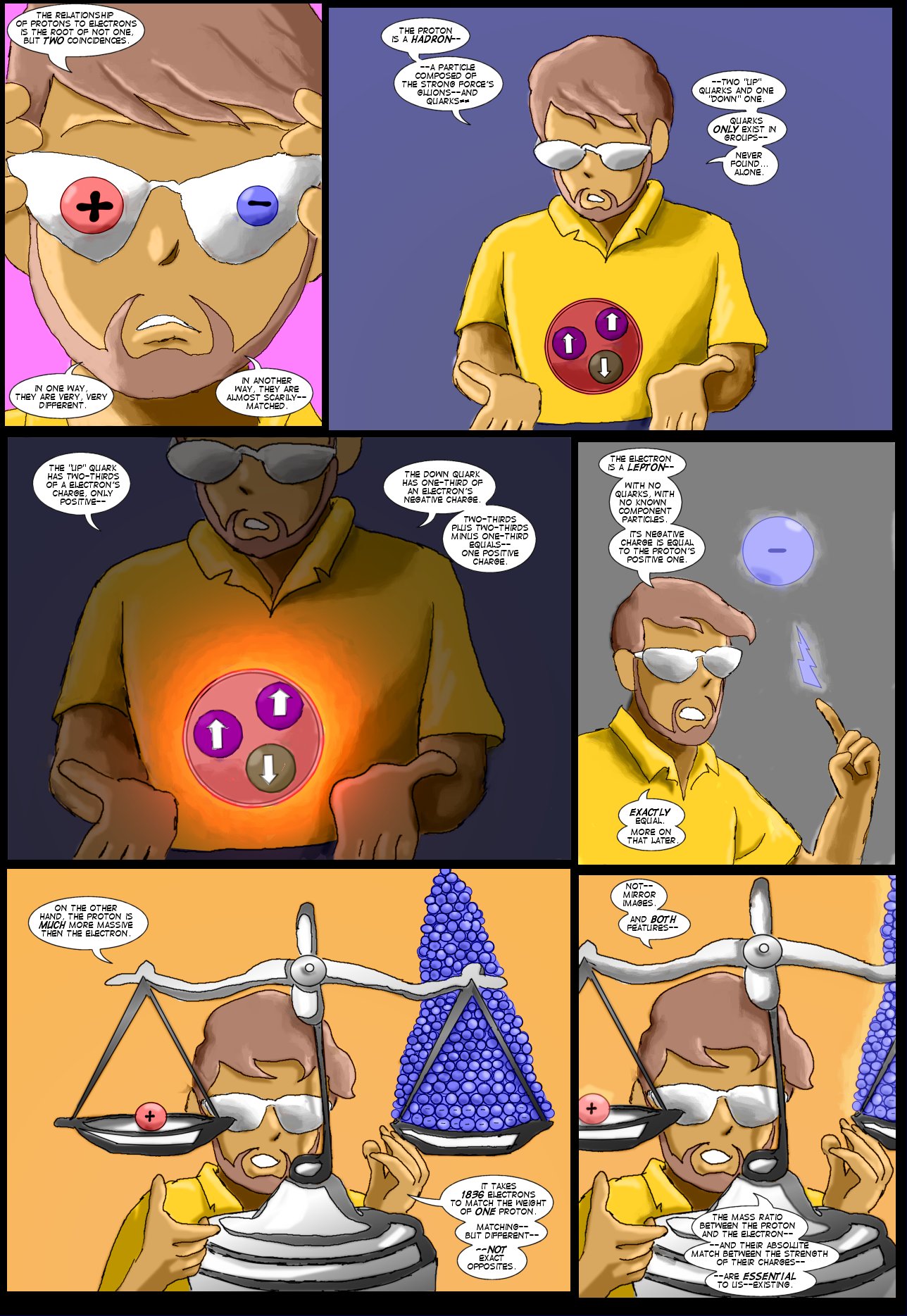 Yeah, I know to a certain extent, any situation is inherently unlikely. Leaves fall in a certain pattern on one lawn, and it means nothing. It's unlikely you are reading this from the particular spot you're at, but you have to be SOMEWHERE...

But I hope before I'm finished, you'll be convinced there's more than just the unlikeliness of a singular happenstance. I haven't begun to touch on the REALLY long shots...yet.

Even if all these coincidences have different immediate causes--the fact that they all have the same property of enabling observers to evolve is significant.

I'm simplifying the proton somewhat, for process of illustration. The gluons, which convey the strong force, are the source of most of its mass. The quarks are nearly massless.

Electrons might be made up of strings, IF string theory is correct. The jury's still out on that.

We'll get into Coincidence Six next week, and after that, Coincidence Seven, both of which are being setup in the strip today.

Next week: COINCIDENCE SIX. For real.

User comments:
jamoecw 4th Aug 2014, 9:48 AM
wouldn't the sheer number of particles (mostly theoretical though) mean that such a match becomes likely rather than unlikely?
edit delete reply
Post a Comment