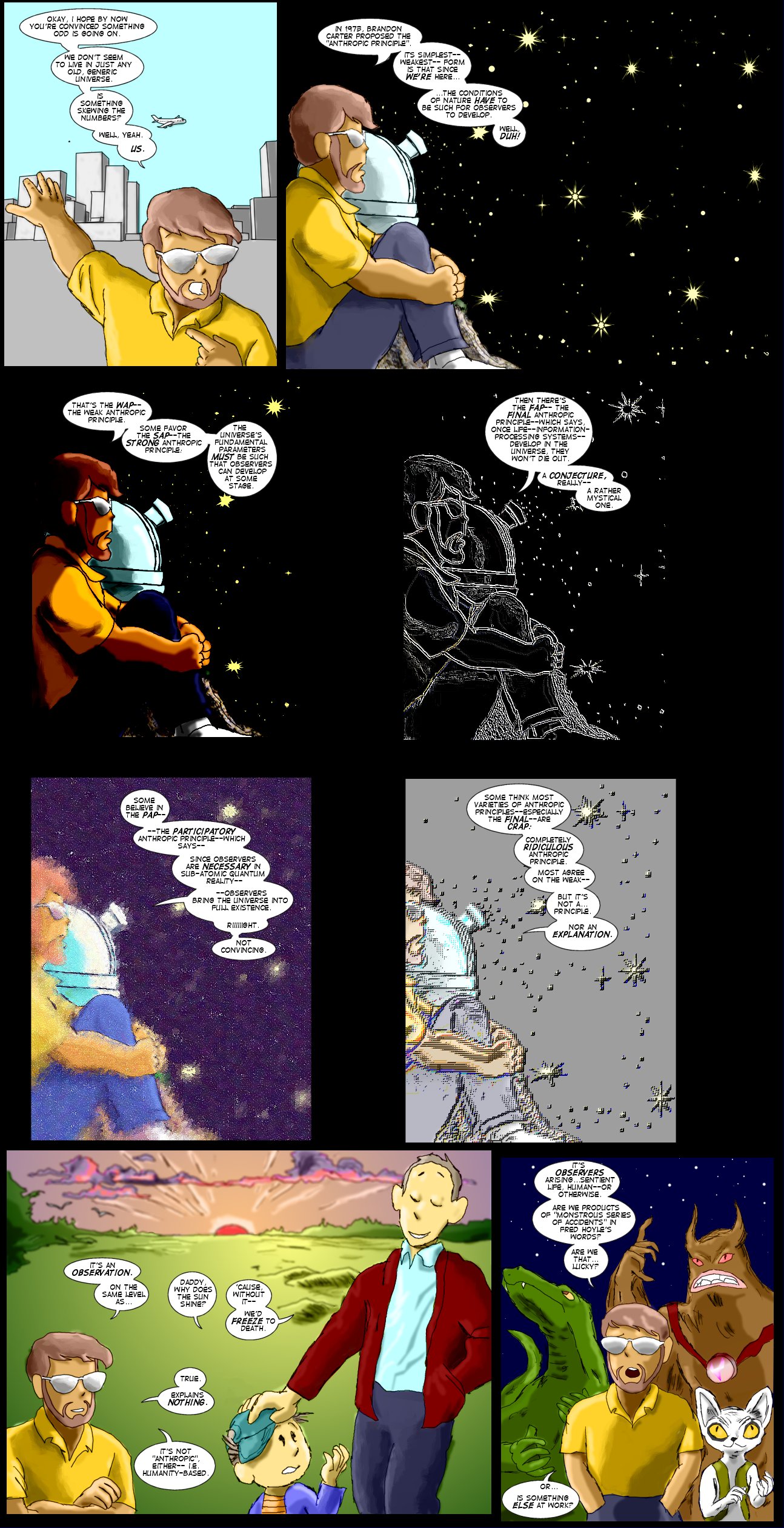 
A lot of people have heard of the anthropic principle and have ready-made knee-jerk knock-offs for it. Some with reason. My own strance is more or less medium, between the weak and strong--that the universe seems strangely disposed towards creating sentients, but it's not necessary, and needn't be viewed as a primary function for the universe.


I wanted to portray some coincidences first, without that phrase--which has become so loaded in some circles--so you could see what has puzzled so many, free of labels and preconceptions. But we're at the point that it's worth mentioning.

Some theists try to make Earth a big deal and point at coincidences there, like its unusual-large moon compared to its total mass. (I'm looking at YOU, Hugh Ross.) That misses the point. There are a hundred billion stars in the galaxy, and a hundred billion galaxies in the sky, and many seem to have planets, judging by the exoplanets we've already discovered. Whatever peculiarities Earth may have, that's just the result of a large...ensemble.

I'm certainly not a believer in the PAP or the FAP. If anything, all the available information, with dark energy pushing the expansion of the universe faster and faster, the FAP looks doomed to me.

I'm going back to the coincidences--there are many more, and some are VERY exact indeed,amazingly so--as well as responding to some objections to these observations, including Douglas Adams'.

Then we'll get into explanations. And yes, there are some.

Actually, there are at least FIVE of them.