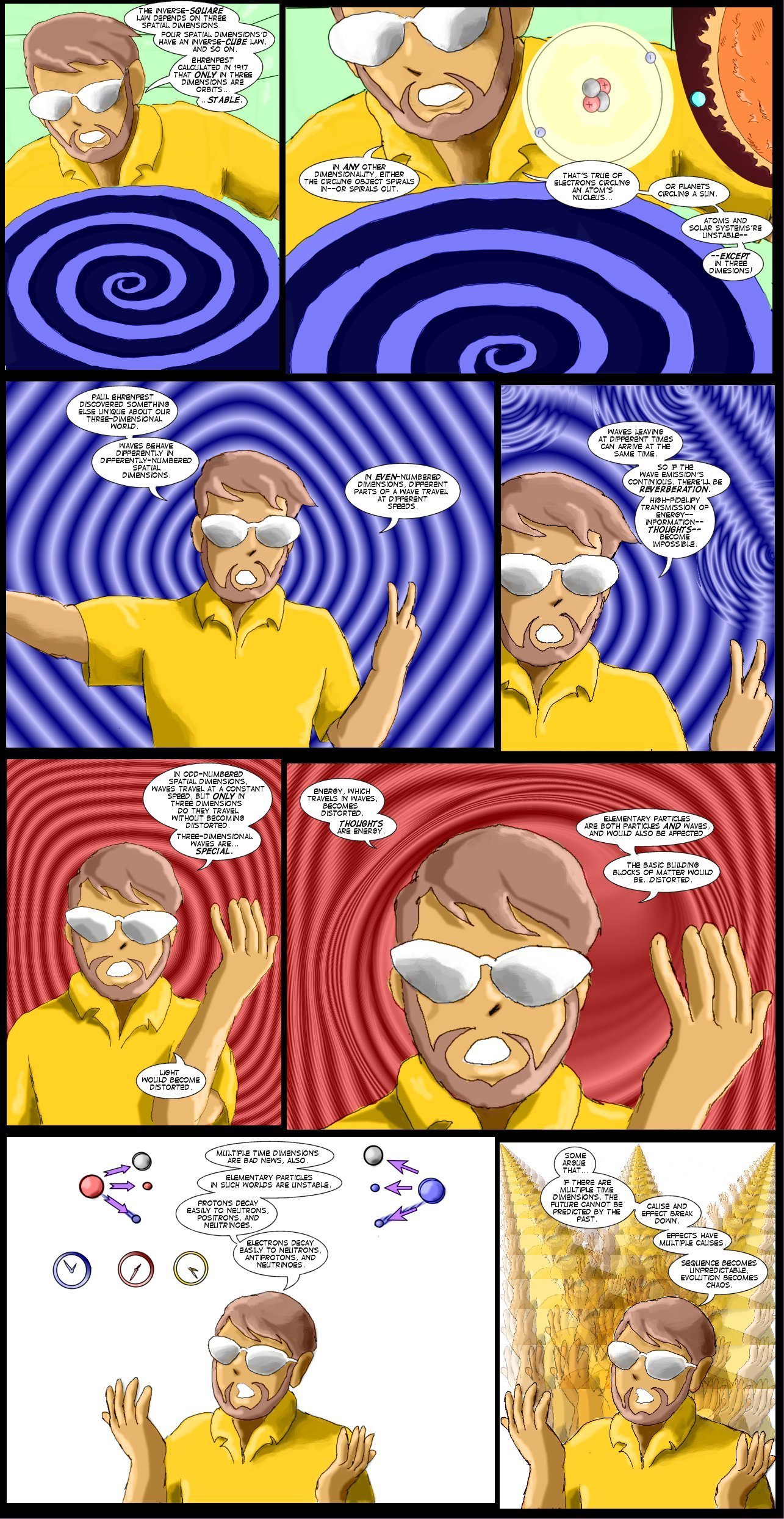 The philosopher Immanual Kant was the first to realize the connection between the number of dimensions in space and the inverse-square law, and how it would differ if the number of spatial differed.

Hmmm. If fifth-dimensional information processing is always distorted---no WONDER Superman could trick Myztlplk so easily into saying his name backwards and returning to the Fifth Dimension for ninety days! It would be a wonder for any fifth-dimensional entity to think clearly at ALL.

Recently, an explanation was offered: three researchers, associate professor at KEK Jun Nishimura, associate professor at Shizuoka University Asato Tsuchiya, and project researcher at Osaka University Sang-Woo Kim, used a supercomputer to generate a model of the universe’s birth based on superstring theory. Their results indicated at the moment of the Big Bang, the universe had 10 dimensions – 9 spatial and 1 temporal – but only 3 of these spatial dimensions expanded.

Partial explanation, at least. (But even if true, it only moves the coincidence involved back another step.) Maybe. Superstring theory still has a lot of hoops to jump through before it's anywhere near proved.

User comments:
Al Schroeder (Guest) 25th Mar 2014, 1:05 AM
BTW, I did not make a mistake above about the decay of the electron, so impossible in one-dimensional time. Check out the Max Tegmark article I link to.
edit delete reply
Post a Comment