COINCIDENCE FOUR: HOW STRONG A CASE? 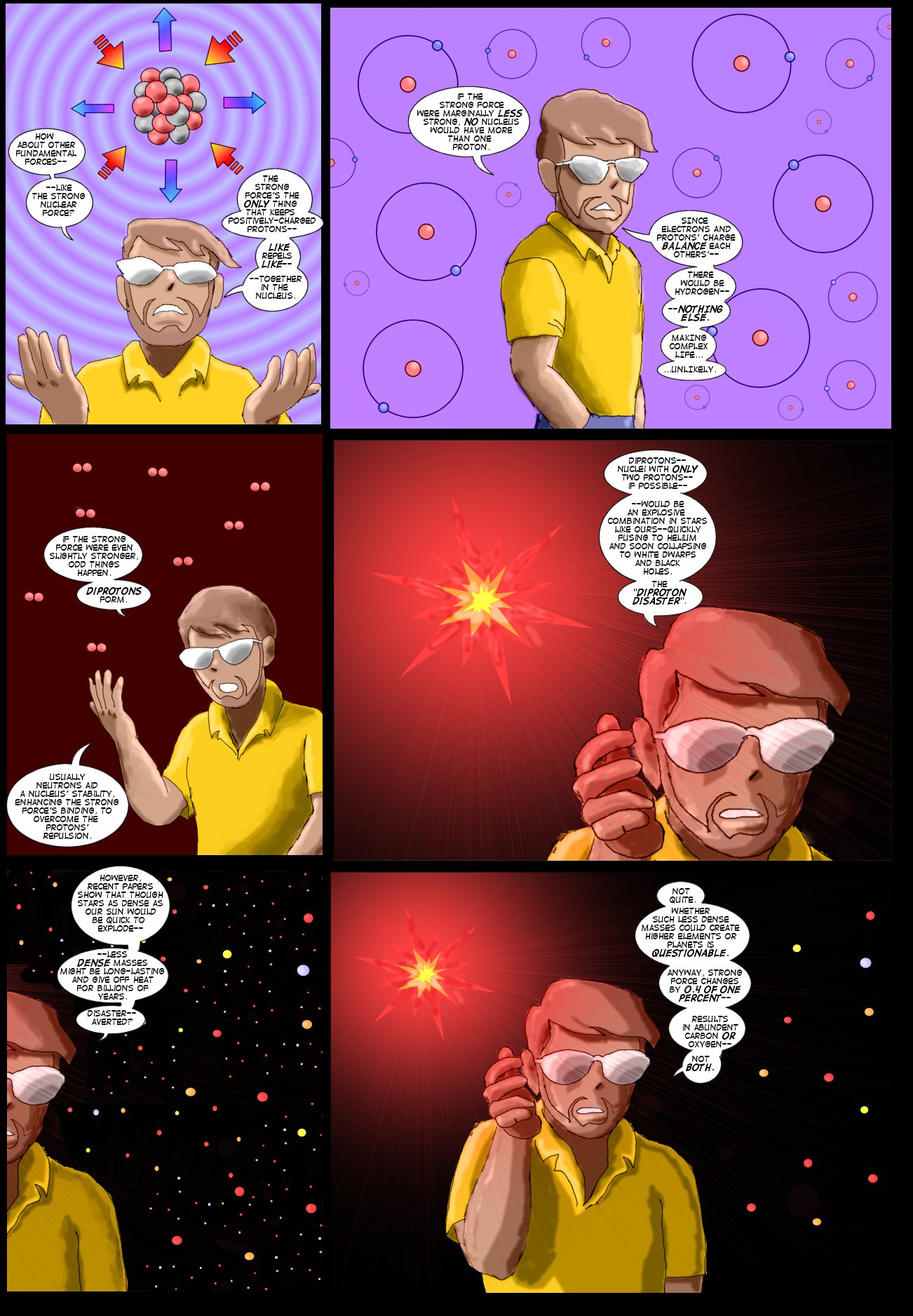 A lot of sites---including a lot of theist sites---will talk long and earnestly about the "diproton disaster". Such authoritative books as THE ANTHROPIC COSMOLOGICAL PRINCIPLE and others talk about it, so they're not being deliberately deceptive, just using outdated information. However, these recent studies indicate that the temperatures are too hot right after the Big Bang for diprotons to form, and although they certainly could form afterwards, unless the strong force is over 40 per cent higher, it would not preclude less dense masses than our present stars from shining for eons.

Whether such less dense masses could ever become Type II supernovae to generate and spread heavier elements is a lot more questionable, since these less-dense masses would have a lower core temperature than the stars we're used to. Whether they could form planetary systems is another question. I suspect the answer to both is no...

Also, studies by Oberhummer, Csoco, and Schattl have sort of uncovered the roots of the "resonances" that Hoyle and others discovered. It depends on a fine balance between the fine structure constant and the strong nuclear force. If the fine structure constant (which we'll get to) changes by as much as 4 per cent, or the strong nuclear force by as much as 0.4 of 1 per cent, the production of carbon or oxygen (not both) would be reduced by factors of 30 to 1000. (Source: THE CONSTANTS OF NATURE, John Barrow, 2002.)

If either carbon or oxygen are reduced greatly, that would preclude our type of life, at least. Whether it would preclude other types of life is an open question. I think it fair to say that between that and the doubts about nucleosynthesis and supernovae in these low-density "stars" in a universe with a more-strong force, the chances of complex life would be greatly reduced, anyway.

If you decrease the strong force by as much as ten per cent, then the only matter possible is just hydrogen. Again--complex life would probably be eliminated, since it's hard to get chemical complexity from just hydrogen.

Next: Coincidence Five, and after that, a pause to assess things so far, and talk about a misnamed Principle which is really an Observation.