A WEAK CASE FOR A WEAKLESS UNIVERSE 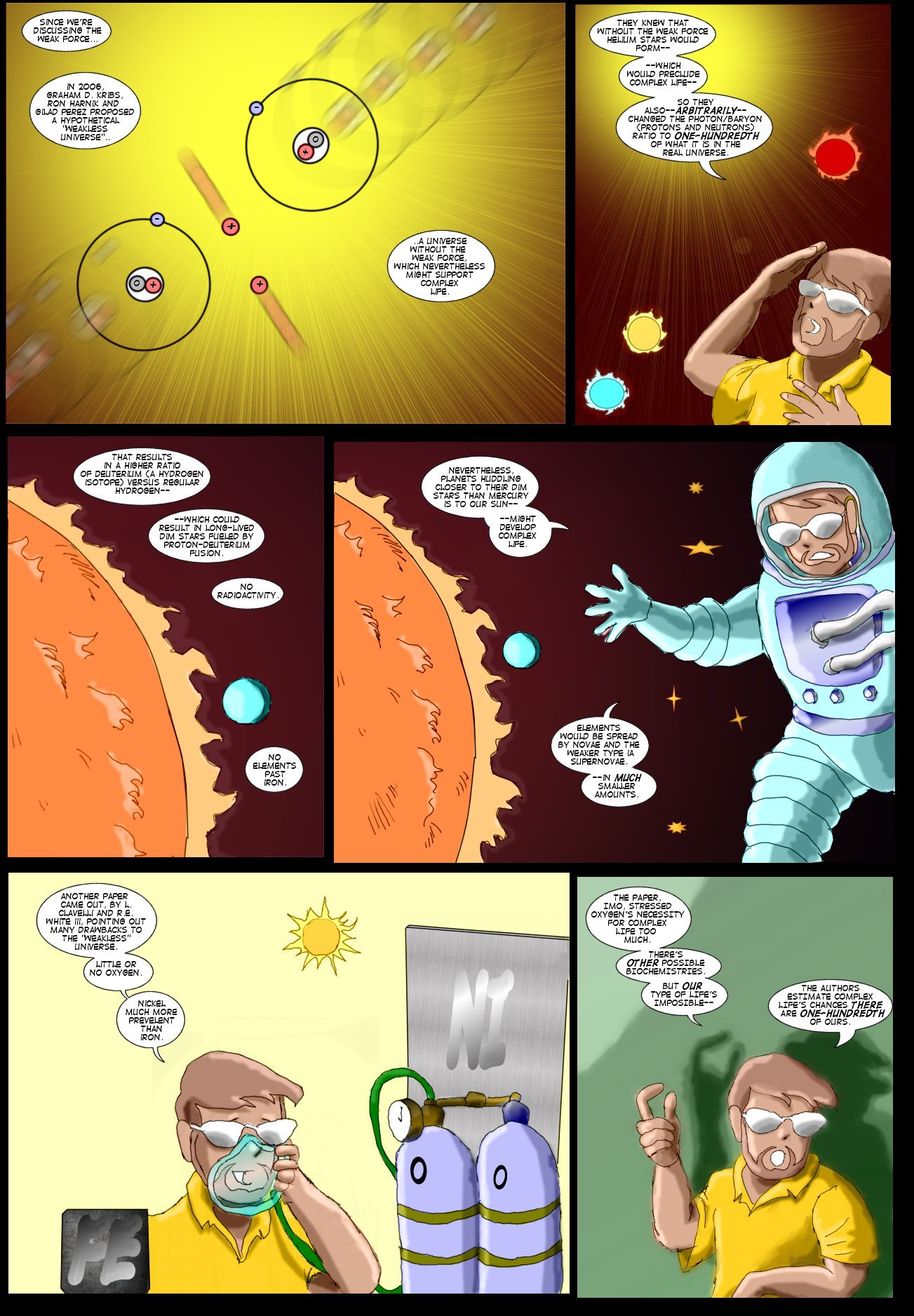 Considering how I stressed how much varying the weak force's strength would mess up complex life arising, I didn't want you confused if you saw an article about the "Weakless Universe", like this one in SCIENTIFIC AMERICAN.


The "Weakless Universe" wouldn't allow our type of life--which is, after all the only type of life we know (precluding oxygen, both what we breathe and a major part of DNA, and water,which is hydrogen-plus-oxgen...) but perhaps not more exotic proposed forms of life, like methane life.


And yes, the "weakless universe" works if you cherry-pick another value to try to compensate what you just did. And that's kosher. Varying the strength of the weak force is cherry-picking too, and there's no rule against TWO such adjustments...


But it DOES point out how you have to have the constants of nature in a very narrow range for even a marginal chance for life. The Weakless Universe is not a "generic" universe in that sense.