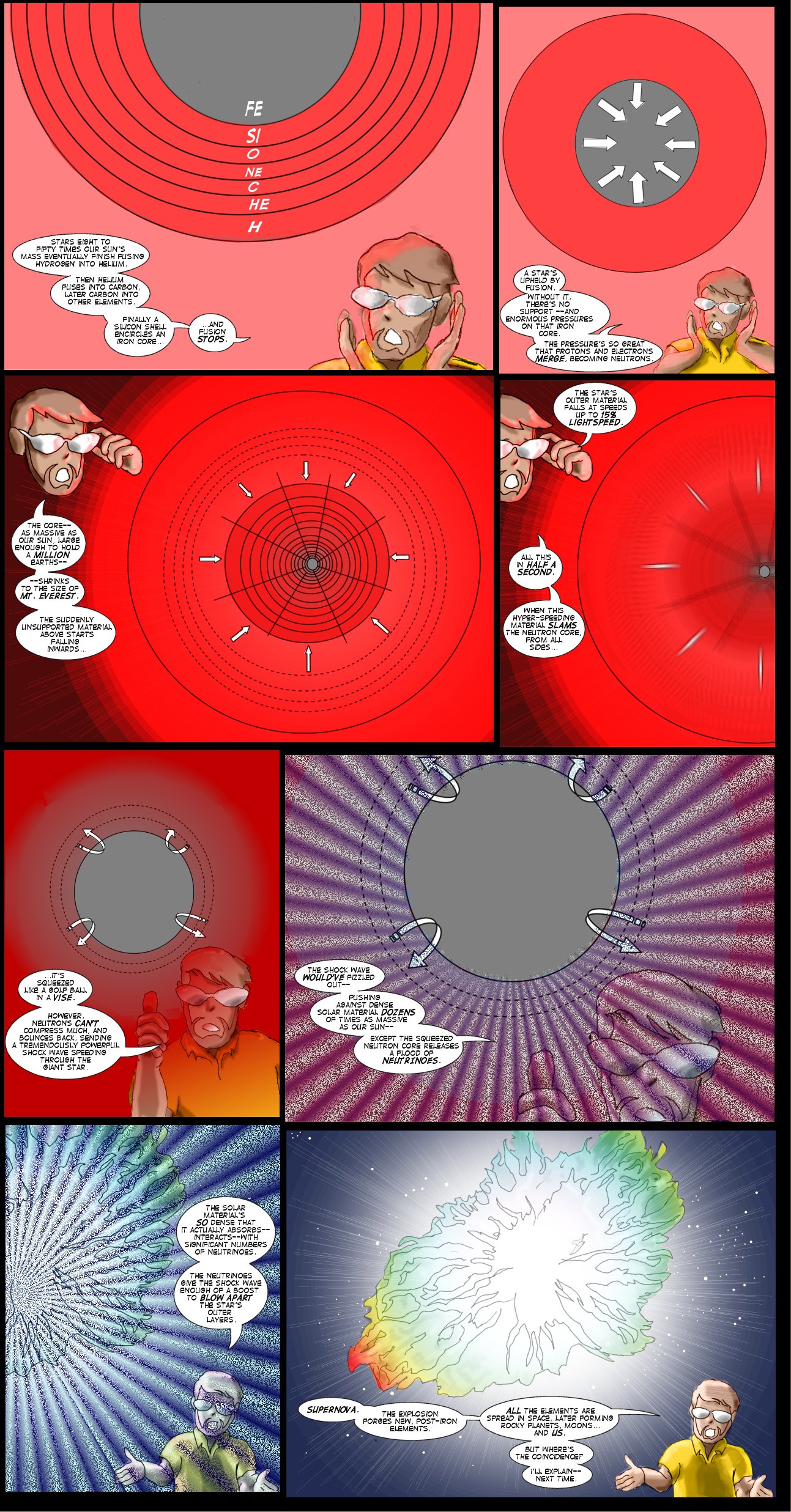 5th Jan 2014, 1:42 PM
Rate this comic
Author Notes:
alschroeder 5th Jan 2014, 1:42 PM
Here I'm talking about the type II supernova; those appear with more frequency in galaxies like ours, anyway, than the type I and, being giant stars, have much more material to "spread" to the interstellar medium than the smaller Is. And they are also the only ones to have trans-iron elements, up to uranium. In fact, the radioactivity of some of the elements created in the explosion adds to the heat and fury of the explosion, which is a pretty complex, if fascinating, process.

It's a mark of how dense the solar material is that the neutrinoes--which can travel a light-year or two through normal matter without interacting with a single atom--that it's dense enough to interact with a LOT of them. The neutron core initially has a tempature of 10 billion Kelvin, some 10,000 times hotter than the sun's core. If it didn't release some of the energy, the neutrons would "boil away". Neutrinoes are the only way that energy could escape. That energy escapes in a ten-second burst of energy of about 10 to the 46th power joules or 100 foes. That's IMMENSE.

Bear in mind if these elements didn't get out into the interstellar medium, we'd have no planets, and most of the stuff we are made of--like carbon--wouldn't be anywhere but the hearts of stars.

I HOPE I'll be able to update next week. Weather conditions being what they are, I may be stuck at work for several days. We'll see.