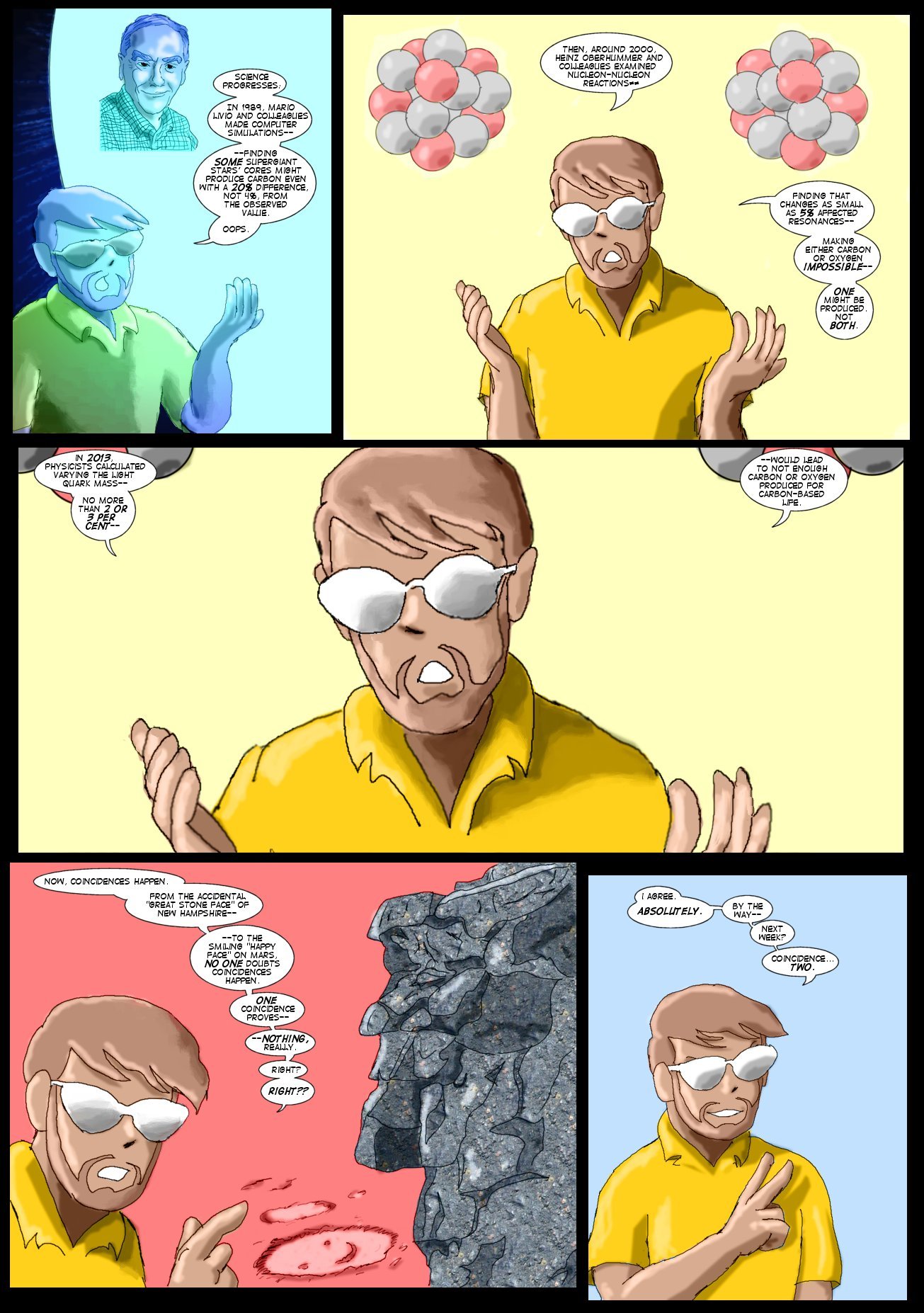 I told you I would get to Mario Livio's studies--which are now over TWENTY years ago...plus at least two more recent studies (including some this year). For those who want to look at that last one, you can go to "Formation of Carbon-based Life leaves little room for Error" which has links to some of the studies, like "The fate of carbon-based life as a function of the light quark mass". The two to three per cent is either way, so really about a variance of four to six per cent.

Which is close to the original Hoyle figures--four per cent over the first resonance, one per cent under the second.

Oberhummer's studies were actually at least three studies, ranging from 1998 to 2004.

And here is a bone I have to pick with BOTH sides of the theist/nontheist debate...you are more interested in being RIGHT than being TRUTHFUL. Most theist sites only list the original Hoyle resonance, without going further. Most atheist sites list the Mario Livio studies as a contradiction of how things aren't so "fine-tuned" and don't mention the later studies.

We have the Internet. There is really no excuse for not checking the literature.

The Truth matters. More than your stand on theism, pro or con...a half-truth will just eat at you.

Anyway, next week we'll talk about Coincidence Two, which still talks about the elements forged in stars--but will now talk more about HOW it gets away from the stars and instead filled the universe.